Plant a tree in memory of Roger
An environmentally-friendly option 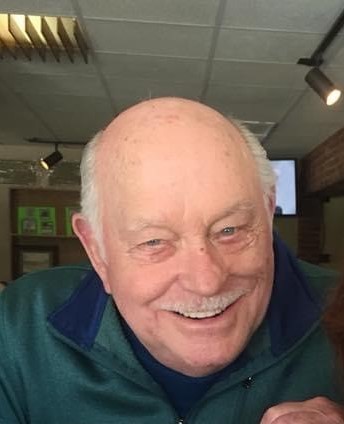 Roger was born to Merit and (Mary) Magdalene Hiers on December 16th, 1944. Along with his two brothers, Robert (Connie) and Richard (Nancy) Hiers, he attended Kohler Public Schools until his admission to the United States Air Force in 1963. Roger proudly served our country as a computer repairman on the Titan 1 Missile at Beale Air Force Base in California.

Upon discharge of his service, Roger returned to Sheboygan and married the love of his life, Christine. Together they proudly raised two daughters, Karen and Lisa, of whom he was infinitely proud.

Roger spent his leisure time surrounded by all things speed and racing. He worked with his nephew, Steve, on his stock car for the Plymouth dirt track races, and shared his extensive knowledge of repair and restore with anyone willing to learn. This was particularly appreciated by his son-in-law.  If it purred or barked, he loved it. Engines, as well as cats and dogs, and they all loved him back just as much.

Roger didn't want a lot of fanfare with his passing; he was a modest guy that enjoyed the simple pleasures of life. He was a fighter to the very end and will be terribly missed.

Along with his beloved wife, daughters, sons-in-law, and brothers, Roger is survived by 5 beautiful grandchildren all with hearts of gold - Cora, Vania, and Otto Bollwahn, and Travis and Katie Byczek.  He is also survived by Chris's siblings - Terry (Tim) Tyson, Jim (Julie) and Patrick Hess, Laura Dumovich, and Ann (John) Gordon and many nieces and nephews.  He is further survived by his valued friend and exercise buddy, Noel Winscher.

One important lesson I learned from my dad is: If it's worth doing, it's worth doing right. Thank you pops for all that you've given to us. For all of the love and the support. The good lessons and the ones we wouldn't mind forgetting. In Roger's passing, let us not be sad. He liked the good times much better! And he has joined the many in Heaven who were waiting for his arrival to celebrate his birth into a new glorious life, owing to the grace of God, through Jesus’ sacrifice.

A future service and time of sharing is being planned and will take place at Oakbrook Community Church where God's love shines through. Always.

Plant a tree in memory of Roger by clicking here.
To send flowers to Roger's family, please visit our floral store.

A service summary is not available

Plant a tree in memory of Roger
An environmentally-friendly option

Plant a tree in memory of Roger

3 trees planted in memory of Roger

Sorry for your loss. Am the son of Allen Hiers. Whose father was Lyman (Lee) Hiers brother of Merit.
I see the picture of your father and see the looks of my father in him. He passed in 2016. 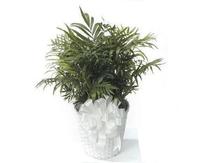 I only met him a handful of times over 25+ years, but Roger always struck me as such a genuine, caring person. My deepest condolences to his wonderful family and all his friends.
Dan Swart

A Memorial Tree was ordered in memory of Roger P. Hiers by Dan Swart.  Plant a Tree

Your "in law" Sister, Carol

For helping create one of the most beautiful Sister's (in law) that i am so proud of!! I love you Karen!
Your "in law" Sister, Carol

A Memorial Tree was ordered in memory of Roger P. Hiers by Your "in law" Sister, Carol .  Plant a Tree

Hiers family ...
Roger was fun-loving in  high school; always up for many good times.
Hold tight to the beautiful memories you have with Roger.
My deepest sympathy to you all.

Plant a tree in memory of Roger