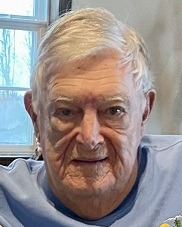 William “Bill” Pautz passed away peacefully on December 8th at Manitowoc Health & Rehabilitation Center. A lifelong resident of Sheboygan and Manitowoc counties, he was born on December 14, 1937, to Durward & Areal Pautz and passed just shy of his 85th birthday. Bill attended schools in Sheboygan and graduated from Sheboygan North High School in 1956. He spent 11 ½ years in the Army Reserves.

Bill was a jovial and generous host. He ran Durward’s Restaurant in the Playdium Building in downtown Sheboygan for 5 years, was chef and assistant manager at Durward’s Town & Country for 7 years, and was co-owner at Durward’s Flamingo Supper Club for many years until closing. Bill joined the Sheboygan County Sheriff’s Department in 1969 as a Deputy Sheriff and retired on July 6, 1995, after 26 ½ years of service.

Bill married his wife Lynda (nee Quasius) on November 9,1978, and recently celebrated 44 years of marriage. They enjoyed many wonderful years in the house they built at Pigeon Lake, WI, and wintering in Cape Coral, FL. Always active, Bill was a former member of the Sheboygan Elks Club, Sheboygan Jaycees, and a volunteer firefighter in Howard’s Grove, as well as a member and past president of the Pigeon Lake Association and member of Pigeon Lake Sportsman Club and Friends of Sinawa.

Bill enjoyed spending time with his grandchildren, cooking for a crowd, and tinkering in his garage. Knowledgeable and determined, Bill could fix anything. Family and friends will especially miss pontoon boat rides with Bill, who knew how to have a good time and would greet everyone around the lake. Bill was looking forward to the birth of his first great-grandchild in March.

Bill is survived by his wife, Lynda; 2 sons, Jeff (Angie) and their children Josh, Hannah, Alex, and Ian; and Mike (Lori) and their children Zoe (Winston) Meyer, Emily (special friend Charlie Ruege) and Dylan (Samantha) Corbeil, his sister-in-law Kris Desmond and brother-in-law Mike (Cathy) Quasius, along with many nieces and nephews.

He was preceded in death by his parents, step-mother Margaret Pautz,  Lynda’s parents Gordon and Alyce Quasius and brother-in-law Bill Desmond.

A memorial service will be held on Tuesday, December 13, 2022, at 12:00 Noon at Zimmer Westview Funeral & Cremation Care Center, W2132 Garton Rd. Sheboygan, with Pastor Dan Lyman of Faith Lutheran Church, Valders officiating. Friends may visit with the family on Tuesday, December 13, 2022, from 10:00 AM until the time of service at the FUNERAL HOME.

In lieu of flowers, memorials may be given to Friends of Sinawa, Sharon S. Richardson Community Hospice or Our Savior Lutheran Church of Muscatine, Iowa, where Bill’s son Jeff is Pastor.

The family would like to thank the staff of Holy Family Hospital, Manitowoc Health & Rehabilitation Center and Sharon S. Richardson Community Hospice for their compassionate care and support. With Bill’s passing, we lose a talented, playful, and kind-hearted man and active member of the local community.

To order memorial trees or send flowers to the family in memory of William "Bill" Pautz, please visit our flower store.