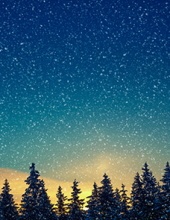 Thomas W. Zimmerman, age 86, was called to his Heavenly Home on September 17, 2019. Thomas was a member of the Sheboygan Police Department for 41 years, retiring as a Detective in 1996. He is survived by his wife Arlene, and their five children; Kathryn (Paul) Beilstein, Terry (Pam) Zimmerman, Debra (Peter) Bambulas, Lynn Prucha, and Bonnie (Brian) Machotka. Surviving also are his grandchildren; Joshua (Erin) Zimmerman, Lindsay (Kennan) Langjahr, Nicholas (Sofia) Bambulas, and John Machotka, and great-grandchildren, Gus Zimmerman, and Elias, Damian, and Cecelia Bambulas, also sisters Doris (Fritz) Mueller and Judith (Donald) Koball.
Per Thomas's wishes, there will be no services.

To order memorial trees or send flowers to the family in memory of Thomas Zimmerman, please visit our flower store.