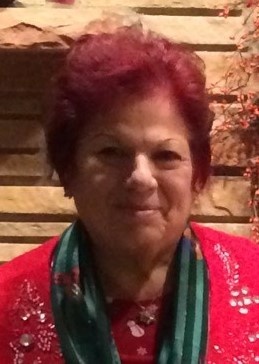 Theresa J. Christy, age 78, of Sheboygan, passed away peacefully on Saturday, April 9, 2022, at the Froedert Hospital in Wauwatosa, WI.

Theresa was born on December 10, 1943, to Joseph and Mary (Sierra) Russo in San Francisco, CA. She graduated from Balboa High School with the class of 1961. After high school, Theresa moved to Joliet, Illinois, where she worked for Dun & Bradstreet in Chicago. She raised her son, Thomas. On October 20, 1978, Theresa was united in marriage to the love of her life, John Christy. Theresa worked for many years at Transit Warehouse as office manager. Later, in 1993, she worked with the Santa Fe Railroad in customer service in Topeka, Kansas. Theresa retired from the railroad in 2008.

After retirement, Theresa spent free time with her husband, children, grandchildren, and great-grandchildren. She always looked forward to the quality time that she would get to spend with her family around the holidays.

Theresa was preceded in death by her parents, Joseph and Mary; and sister-in-law, Garnet (Louis) Rushton-Macey.

Following Theresa’s wishes, no funeral services will be held.

If you would like to leave a message of sympathy for Theresa’s family, please visit her obituary page at www.zimmerfuneralhome.com.

To order memorial trees or send flowers to the family in memory of Theresa Christy, please visit our flower store.

No services to be held