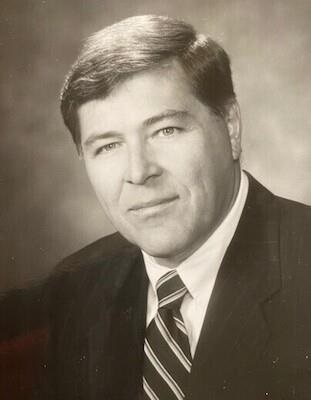 Theodore James Leiterman (Ted) died in Gold Canyon, AZ on October 26, 2020, at the age of 78.  Ted is survived by his daughter, Gretchen Leiterman, of Louisville, KY and his son & daughter-in-law, Hans and Claire Leiterman of Chicago, IL.  He was preceded in death by his wife Judy Wochos Leiterman of Denmark, WI and wife Carol Peltier of Sheboygan, WI.

Ted was born on February 5, 1942, in Sheboygan, WI to Clarence Leiterman and Helen Carlson.  He graduated from St. Norberts College with an undergraduate degree in Biology and George Washington University with an MBA in Healthcare administration.  After moving to Chicago, he began working in health care and had a successful career as a hospital administrator at Illinois Masonic Medical Center, the University of Washington Medical Center, and Children’s Memorial Hospital in Chicago.  Ted was a born leader and had a lasting impact on his family and friends who will miss him dearly.

A Celebration of Life will be held in Ted’s honor and loving memory on Saturday, June 19, 2021, at Zimmer Westview Funeral and Cremation Care Center, W2132 Garton Road in Sheboygan, WI, with a public visitation at 1:00 PM followed by a memorial service at 2:00 PM. Ted’s service will be livestreamed and available to watch from his obituary page on www.zimmerfuneralhome.com

Contributions in Ted’s name may be made to a perpetual memorial he established in honor of his wife, Judy, to train health professionals in the care of individuals with dementia.

To order memorial trees or send flowers to the family in memory of Theodore Leiterman, please visit our flower store.