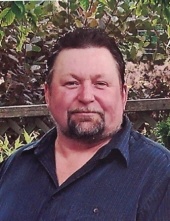 Scott F. Wrensch Sr., age 55, passed away unexpectedly on Tuesday, December 15, 2020. He was born on April 15, 1965, in Sheboygan to Francis and Karen (Fenske) Wrensch. He attended North High School. He was a truck driver for Piggly Wiggly. On May 21, 1988, Scott married Shelly Meyer and they had three beautiful children together.
Scott was an outdoorsman and enjoyed riding his Harley. Above all, Scott loved spending time with his family and will be missed by all who knew him.
Scott is survived by his three children, Scott (Tanya) Wrensch Jr., Nicole (Bradley) Weber and Brittany (Austin) Wrensch; grandchildren, Lily, Ryder, Phoenix, Jameson, and Finley; mother Karen Wrensch; former wife, Shelly Meyer; siblings, Dawn (Dan) Rettagliata, Keith Wrensch and Kevin Wrensch. Nieces, nephews, other family and friends further survive.
Along with his father, Francis, Scott was preceded in death by both paternal and maternal grandparents.
Following Scott's wishes cremation has taken place and a Celebration of Life will be held at a later date.
A memorial fund has been established in Scott's name.

Event Information
Services will be set for a future date to be determined.
To order memorial trees or send flowers to the family in memory of Scott Wrensch Sr., please visit our flower store.