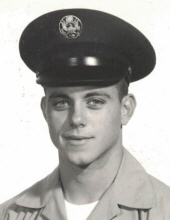 Scott M. Campbell, 64, of Town of Mosel, passed away Friday, October 20, 2017 at Aurora Sheboygan Memorial Medical Center. Scott was born July 8, 1953, in Chicago, IL and grew up in Buffalo Grove, IL. Scott proudly served his country in the United States Air Force. On August 4, 1990, he married the love of his life, Debra (Lanasa) in Reno, NV. He was a loving husband and wonderful father to his four children, Justin, Angel (Elijah), Casey and Adam. In his earlier years, he enjoyed riding horses and coaching his sons in Little League. Scott valued his faith and his time on the Worship Team. He especially loved playing guitar and singing with his four children. He took pride in caring for his boat, home and land, spoiling his three dogs, Dewey, Ari and Cubby, and spending time with his beloved grandchildren, Trinity "Rosie", Cayden and Mason. Before his retirement, he enjoyed driving bus for the children at Head Start.
In addition to his wife, children and grandchildren, he is survived by his three brothers, Harold "Skip", Thomas and Steve.
He is preceded in death by his mother Dorothy (Ray) Scripture and father, Harold Campbell and father and mother-in-law, Sal and Toni Lanasa.
In accordance with Scott's wishes, no funeral services will be held. A memorial fund has been established in his name.
Please visit www.zimmerfuneralhome.com to sign the guestbook.

Event Information
In accordance with the wishes of the deceased, no services will be held.
To order memorial trees or send flowers to the family in memory of Scott Campbell, please visit our flower store.