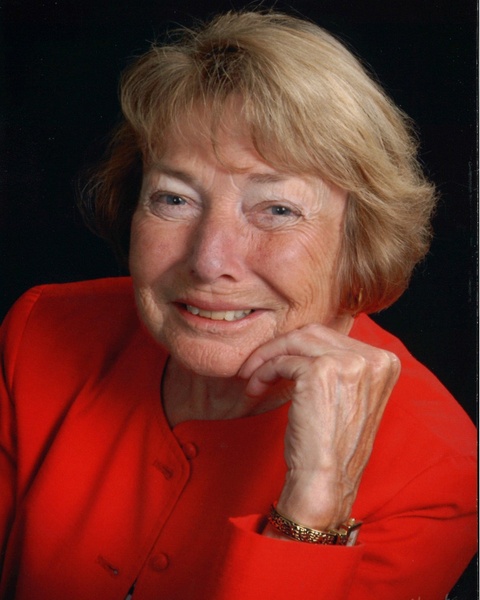 Sandra Wright, age 79, of Sheboygan passed away on Monday, October 3, 2022, at Sharon S. Richardson Community Hospice.
She was born in Sheboygan on August 22, 1943, to the late Stanley and Delores (Derus) Gehr.  She attended St. Dominic School and graduated from Sheboygan North High School, class of 1961.  After high school, Sandra attended the Career Academy in Milwaukee, later MATC and LTC as well as taking many other classes throughout her life.  When the boys were older, she worked at different art galleries and gift shops in the Milwaukee and Sheboygan area before retiring as the executive assistant for Carpenters Union 731 in Sheboygan.
On July 20, 1963, Sandra married Harold (Bud) Wright.  He always kept her laughing and showed her the world.  Sandra always considered her greatest achievement to be her three wonderful sons.  It was an amazing blessing to be a stay-at-home mother and watch them grow.
Sandra was a longtime volunteer as a cub and Girl Scout leader, a member of the Mequon-Thiensville Junior Women’s Club, holding several offices, and particularly proud of starting the first recycling center in Ozaukee County along with the establishment of Carpenter Park in Mequon.  She also held several offices as a member of Junior League of Milwaukee.
Always interested in learning new things, Sandra loved traveling, especially cruising with some favorites being Greece, Turkey, South America, the Baltic Sea, the Caribbean, and Cuba.  She also enjoyed several additional trips to Europe, Canada and plus much of the United States.  She loved gardening and flower arranging, cooking, entertaining, antiquing, decorating for the holidays, doing crossword puzzles, bird watching and playing Solitaire on the computer.
Sandra is survived by her husband, Harold; by her sons, Christopher of Sheboygan, Michael (life partner Amy Golic) of Colorado Springs, CO, and Carson (Barbra) of Port Washington; grandchildren, Robin (Scott) Reineking, Thomas (Nicole) Wright, Makenzi Wright, Aidan and Corinne Wright; great-granddaughter, Lesley Reineking; a brother David (Beckie) Gehr and a sister Stacie (John) Porten.
A Memorial Mass for Sandra will be held at 1:00 PM on Monday, October 10, 2022, at St. Dominic Catholic Church, 2133 N 22nd St. in Sheboygan with Fr. Norberto Sandoval officiating.  Family will greet visitors on Monday at church from 11:00 AM until the time of mass.
Memorials in Sandra’s name can be made to the COPD Foundation.
The family would like to thank the caring and compassionate staff at Sharon S. Richardson Community Hospice and Dr. Bryan Schmitt, MD, of Aurora Sheboygan.

To order memorial trees or send flowers to the family in memory of Sandra M Wright, please visit our flower store.