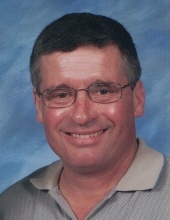 He was born in Sheboygan on January 5, 1950, to the late Roland and Hilda (Lang) Kelling. Roger attended local schools and graduated from Sheboygan Falls High School, class of 1968. Shortly after high school Roger enlisted in the United States Air Force where he proudly served his country in the Vietnam War. On June 15, 1974, Roger married Margaret Baumann at St. Stephens Lutheran Church in Batavia. He worked in a variety of trades throughout his lifetime.

Roger enjoyed cheering for the Green Bay Packers and the Milwaukee Brewers with his grandson, Peyton. He had a love for animals, especially his longtime canine companions, Whiskers and Sarah Lee. He also liked to watch TV with some of his favorite shows being Blue Bloods, M*A*S*H, and Law & Order.

Along with his parents, Roger was preceded in death by a sister Nancy Burgard.

Following Roger's wishes, cremation has taken place and a Celebration of Life will be held at a later date.

In lieu of flowers, a memorial fund has been established in Roger's name.

The family would like to extend their appreciation to the staff at St. Nicholas Hospital, Morningside Health Center, and Sharon S. Richardson Community Hospice for all the excellent care given to Roger.

Event Information
Services will be set for a future date to be determined.
To order memorial trees or send flowers to the family in memory of Roger Kelling, please visit our flower store.