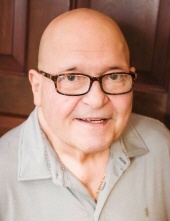 Roger L. Gosse, age 70, of Sheboygan was welcomed to Heaven by his father Earl H. Gosse, mother Carita C. (Kober) Gosse, and brother James E. Gosse on Wednesday, December 25, 2019, at the Horizon Hospice Center in Mequon surrounded by his family.

He was born on October 17, 1949, in Sheboygan. He graduated from Sheboygan North High School. On July 27, 1973, Roger married Ruth Mertens at Trinity Lutheran Church of which he was a member.

His love for music began when he was a young boy. He played in a garage band at his house on 21st Street, played at The Battle of the Bands at The Armory and his appreciation for music continued by attending concerts with his wife and friends.

Roger was passionate about the restaurant industry. It began when he started working at McDonalds at the age of 15. Roger and Ruth opened their first restaurant, Gosse's, on Geele Avenue in 1981, serving breakfast, lunch, and dinner. They opened their second restaurant, Gosse's Drive-Thru at Northgate Shopping Center and eventually making their last stop at Gosse's Northwestern House on Union Avenue. Roger was proud of the exceptional customer service and food that was provided by his staff. He also enjoyed working with and mentoring the young staff throughout his restaurant career.

Roger is survived by his wife of 47 years, daughter Renee L. Johnson and son-in-law Michael P. Gielow of Bayside, WI and four grandchildren, Joslynn and Jacob Johnson and Sophia and Jack Gielow. Other friends and family further survive.

A Celebration of Life for Roger will take place on Sunday, January 5, 2020, at 3 PM at Zimmer Westview Funeral and Cremation Care Center, (Hwy 42 and JJ, Howards Grove). The family will greet visitors on Sunday, at the funeral home, from 1 PM until 3 PM.

The family would like to thank the doctors and nurses for their continued care for Roger. They would also like to thank both the in-home and inpatient staff at Horizon Hospice Center.

A memorial fund has been established in Roger's name.

To leave a condolence for the family, please visit www.zimmerfuneralhome.com