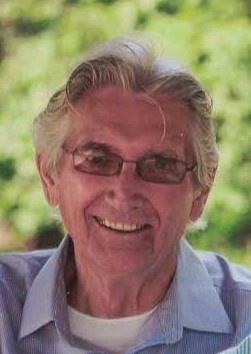 Roger was born on April 1, 1938, in Brillion to the late Bernard and Lenora (Pritzl) Benzschawel in Cato, WI. He attended Brillion area schools. He was united in marriage to Laura Kimme in 1999.

Roger retired early, due to health problems. He suffered many years from complications due to Agent Orange. He proudly served his country. Roger joined the Army at an early age and turned 18 in Korea. He trained for several years in military hospitals and later was stationed in Long Binh Province in Vietnam with the Medical Corps. Staff Sergeant Benzschawel was honorably discharged in 1971 from the armed forces.

For many years, Roger drove semi for Badger Freightways and Schneider Transport before starting his own business, Benzschawel Excavating. He was a hard worker and put in many hours on the job and would later relax with a few beers and good friends.

In retirement Roger enjoyed watching the birds at the feeders, listening to classic country music, watching old westerns (Gunsmoke and John Wayne movies specifically) and reading with his faithful cat, “Missy” at his feet.

Roger was preceded in death by his parents; and sister, Mary Wolf.

Roger was deeply honored to be on the Stars and Stripes Honor Flight. He was a member of the following groups: American Legion Post #387 of Franklin, Wisconsin; Sheboygan County Voyager’s Post #1080; Lifetime member of VFW Post #9924 of Howards Grove; and a lifetime member of Badger State #13 DAV.

A quote from Arnie Knoener, “Roger, one thing is for sure, this world is a better place because of you.”

Roger’s family would like to thank Bruce Landwehr for being there and lending a helping hand, Travis Fintelmann for Prayers of God’s Blessings, and to those who conducted the Veteran Pinning Ceremony which was very emotional and deeply heartfelt by all.

Following Roger’s wishes, cremation will take place and private services officiated by Pastor DuWayne Hanke will be held. Memorials may be gifted to Sharon S. Richardson Community Hospice in Roger’s name. Their kindness and compassion will never be forgotten.

A message to Roger from his wife, Laura: I know seasons must change and time must move on, but there will always be an empty space in my heart that can only be filled with happy memories of the one I love. Goodbye, my love. May God bless and keep you. Love, Laura.

To leave a message of sympathy for the family, please visit www.zimmerfuneralhome.com

To order memorial trees or send flowers to the family in memory of Roger Benzschawel, please visit our flower store.