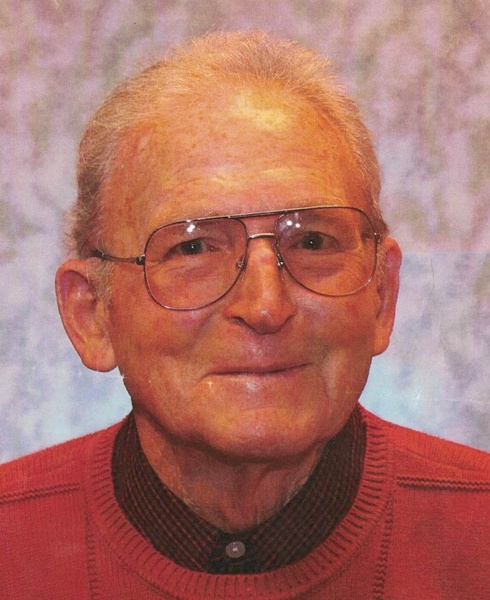 Bob graduated from Sevastopol High School in Door County. He attended St. Norbert College. Bob was an Air Force veteran and served in the Korean War. His lifetime career was a Teamster long-haul truckdriver logging over 2 million miles of safe driving.

Bob was an active turkey and deer hunter until the age of 87. Many deer were shot, therefore, his nickname “Buck”, but his biggest love of sport was Lake Michigan fishing. He captained his boat, “Sugar Babe” with friends and family over the years. Many stories confirm a life well-lived.

Bob’s family would like to thank ALL his neighbors, especially Mary & Rick and Mary & Jeff who always kept an eye out for him. The Pine Haven Covenant House in Sheboygan Falls has shown their love and care for our Dad. The entire staff is extremely caring; many described him as a “gentleman” through his dementia. The family would also like to thank Sharon S. Richardson Community Hospice for their comfort and support. Teri, his hospice nurse, was invaluable for his needs.

Bob was a faithful member of Calvary Evangelical Lutheran Church for 55 years. He was a greeter, usher, and served in the food pantry.

A public visitation will be held from 9:00 AM until the time of the service at the church. Military Honors will be held at the church before Bob’s committal takes place at Greenlawn Memorial Park in the Garden of Peace Mausoleum.

To order memorial trees or send flowers to the family in memory of Robert Sauger Sr., please visit our flower store.