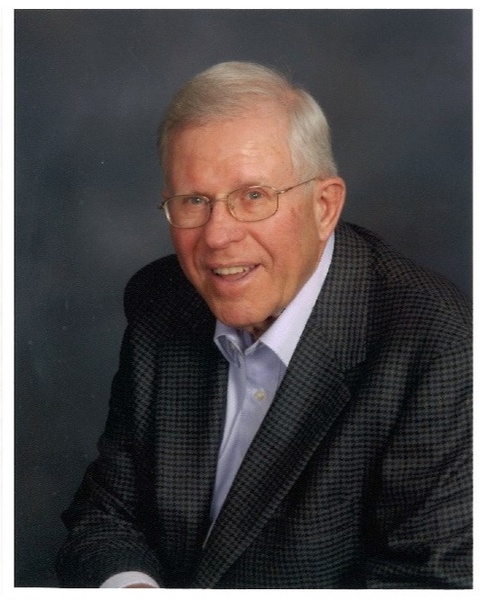 Richard Romaine, 88, of Sheboygan Falls, passed away Wednesday, October 5, 2022, at St. Nicholas Hospital. Richard was born in Kewaskum, WI on June 16, 1934, to the late Elwyn and Edna (Guth) Romaine.

He was a graduate of the University of Wisconsin graduating with a Bachelor’s Degree in Broadcasting and Journalism. Making his way in the radio and communications profession, Richard worked as a News Editor/ Broadcaster for WHBL- Sheboygan. In 1969 he was named Newsman of the Year by the Associated Press. He worked as a Public Information Specialist at Lakeshore Technical College from 1970 until his retirement in 1992.

On May 2, 1972, Richard was united in marriage to Virginia Wright Giesecke at First Congregational UCC, Sheboygan, where he was a member for over 50 years.

He proudly served in the US Army 3rd Infantry, as a Radio Operator. He enjoyed watching sports, playing golf and singing at church. He was especially proud to sing with the Sheboygan Symphony Chorus for many years.

He will be greatly missed by his wife, of 51 years, Virginia Romaine, his two sons, Charles Romaine and Bill (Kim) Giesecke, grandson, Johnathan Giesecke, along with nieces, nephews, other relatives and friends.

Preceding him in death along with his parents, was his first wife, Jane Olshefski-Romaine, brothers, Curtis and Robert Romaine, and sisters, Charlotte Faulkner and Lucille Hopkins.

The family would like to personally thank Mr. James Voigt for his help, support, and friendship.

A memorial service will be held on Friday, October 14, at 11 AM, with Pastor Hollister officiating at First Congregational Church, 310 Bluff Ave, Sheboygan. Friends and family may visit with the family from 10 AM until time of service at THE CHURCH. A private burial with the family will take place at a later date at Peace Church Cemetery in Kewaskum, WI.

In lieu of flowers, donations may be made in Richard’s name to the Lakeshore Technical College Foundation, and/or Robert G. Romaine American Legion, Post 384,  P.O.Box 287 Kewaskum, WI 53040.