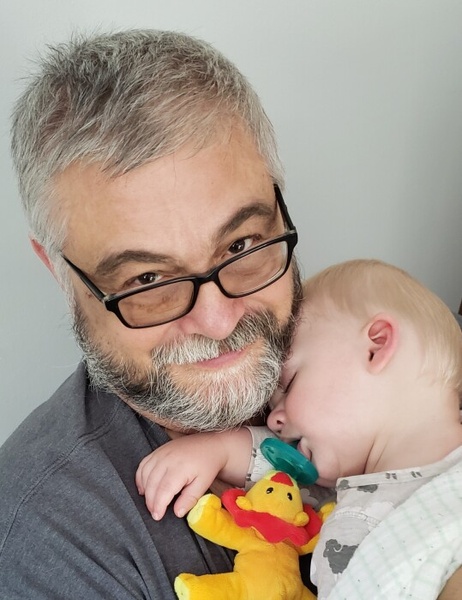 Richard A Close, 63, of Sheboygan, WI, passed away on March 9th after a battle with cancer. He was surrounded by family at the time of his passing. Rich was born on June 22nd, 1957 to Frank and Verona Close in Eau Claire, WI. After attending Regis High School, he began a term of enlistment in the United States Air Force in 1976. Returning to Wisconsin after his enlistment, Rich attended Chippewa Valley Technical College and kicked off a 35-year career in maintenance and engineering.

Rich and Laurie Larson were wed in 1976, going on to have two children, Danielle Thompson (Née Close) and Michael Close in 1983 and 1987, respectively.

With an extensive understanding of carpentry and engineering, Rich would often donate his talents and time to friends and loved ones in need and assist with their projects. Outside of his talent with engineering, Rich enjoyed many hobbies. In his spare time, he could be found woodworking or creating elaborate art pieces out of stained glass, which he would go on to sell at area craft markets with his wife and friends. As an avid outdoorsman, Rich had memberships with several area conservation clubs throughout his life and held several shooting championship titles.

Rich was preceded in death by his parents, Frank and Verona Close. He is survived by his wife, Laurie, his two children, Danielle Thompson (Henry) and Michael (Alexandria), and his grandchildren, Lindsey, Laine, Leif, Charles, Oliver, and Sebastian. He is also survived by a brother, Gary (Barb) Close, a sister Marlene Chambers and many nieces and nephews. A Celebration of Richard’s Life will be held at a date and time to be determined. In lieu of flowers, please consider a donation to the Vince Lombardi Cancer Center or the Sharon Richardson Hospice.

To order memorial trees or send flowers to the family in memory of Richard Close, please visit our flower store.