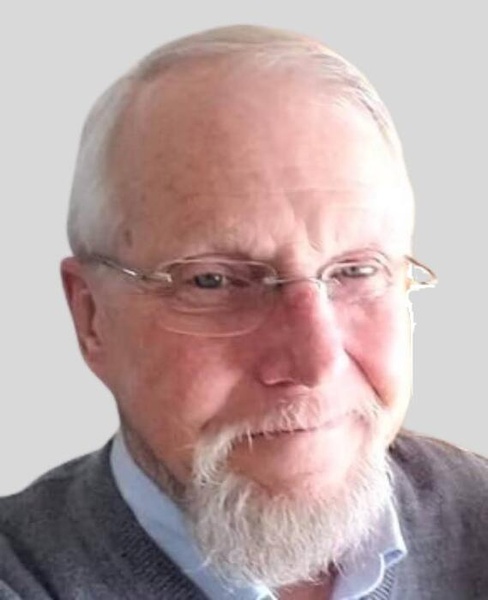 Rev. Mark E. Jaberg, Little Elkhart Lake, Wisconsin, passed away suddenly on February 11, 2022. He was 72 years old and enjoying retirement on the lake.

Rev. Jaberg was born on August 31, 1949, in Nebraska City, Nebraska to Rev. Vernon and Virginia (nee Dirkse) Jaberg. He moved with his parents to Klemme, IA, Kiel, WI, and Sheboygan, WI as his father served parishes in those locations. He graduated from Kiel High School, Lakeland College, and then the United Theological Seminary of the Twin Cities. He was ordained at St. John's United Church of Christ in Sheboygan on June 6, 1976. He followed both his father and grandfather into ministry.

On November 25, 1971, he married Patricia (nee Larson) and they served churches in Millersburg, IN, Indianapolis, IN, Lake Geneva, WI, Decatur, IL, Our Shepherd United Church of Christ in Howards Grove, WI and St. Paul's United Church of Christ in Sheboygan, WI. For a number of years, he took youth groups on mission trips to Pleasant Hill, Tennessee. He served on various boards in relation to domestic violence, hospital chaplaincy, and alumni relations at Lakeland College.

For more than 25 years, Rev. Jaberg delivered meals for Meals on Wheels. He enjoyed G-scale trains, attending Indy Car races at Road America, and the daily beverage cruise on summer afternoons. He enjoyed attending high school sporting events, especially at North High School, where he supported nephew, Jon Mauss. He cherished being with family, whether in person or virtually, and adored his grandchildren, ages 3-22.

He was preceded in death by his parents, brother-in-law Terry Mauss, and grandson Samyar Bonakdarpour-Jaberg.

In light of the COVID-19 pandemic, a private memorial service will be held for Rev. Mark on Saturday, February 19, 2022, at 3:00 PM. If you would like to attend his service virtually, you can do so at his obituary page at www.zimmerfuneralhome.com. The service will also be recorded and available at a later date. Per Mark’s wishes, “A party to follow with a wide beverage selection” will be held at a later time.

Memorial donations can be designated to Fresh Meals on Wheels of Sheboygan or Lakeland University.

If you would like to leave a message of sympathy for Mark’s family, please visit www.zimmerfuneralhome.com.

To order memorial trees or send flowers to the family in memory of Rev. Mark Jaberg, please visit our flower store.