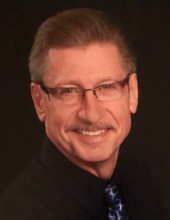 Randy Gerald Susen, 64 of Sheboygan, passed away peacefully at his home, with family on Saturday, July 4th. He was born on September 11th, 1955 in Milwaukee, WI to the late Rudolph and Ina (Krinke) Susen. He was one of eight children. He graduated from Kiel Highschool in 1973. Randy was proud of his 44 years of service at Kohler Company, where he spent the majority of his career in the Engine Division as an assembler. He was a dedicated employee, with an exceptional work ethic and his number one goal was to put out a quality product. He always had a positive attitude and willing to help coworkers and management, easily making many friends throughout his years of service. He was planning to retire in January 2021.

Randy loved life and woke up each morning with a smile. He had one of those special charismatic personalities, equipped with a beautiful smile and twinkle in his eyes, that people were automatically drawn to worldwide. He was an optimistically happy, caring and kind soul who was loved by many. He was by nature a true handyman and problem solver, helping family, friends, neighbors and even strangers. When people would ask him how he knew how to do all those things he said, "I learn by doing". He also had a knack for negotiating anything and anywhere. He would say "What's the worst that can happen, they say No, then you know".

On June 12, 1999 he was united in marriage to his wife Shirley Krause, in Las Vegas NV. Randy cherished this day that was celebrated with closet family members and friends. He felt blessed for all those who shared that special day. He had the utmost adoration for Shirley "Snook', and they had a special love story, became inseparable as the years passed by. They both shared a passion for travel. They began traveling abroad in 2012. Randy loved to experience the history, architecture, food, and people from other countries. He made friends wherever he went. Randy took pride in their home, loved tinkering outside and kept the lawn perfectly groomed, just like his mustache!

He was a member of First United Lutheran Church, where he ushered for over 23 years; he believed that church was a place to show respect and one should dress accordingly. He would always put on his "Sunday" best. Randy was a cub scout leader and soccer coach for his son Ryan. Later he would get the same enjoyment attending his grandson Bryce's sports and school activities. In his younger years, he was a member of the snowmobile club, belonged to a bowling and golf league, two sports he wanted to take up again after retirement. He loved walking with his wife and practiced Yoga for many years.

His wife Shirley would like to give a special thank you for the love and support from family and friends who helped take care of Randy during his 3 month hospital stay, rehabilitation stay (Randy's Angels) and most recently his time at home under hospice care. The family would like to thank the staff of Sharon S Richardson for their gentleness, compassion and caring hearts, making it possible for Randy to spend his final days at home.

Friends and family visitation will be held on Thursday, July 9, 2020 from 1:30 - 3:45 PM at Zimmer Westview Funeral Home (Hwy 42 & JJ, Howards Grove). A private family service will be held.
Memorial Contributions will be given to JDRF One Walk Event, under his grandson Bryce's name.