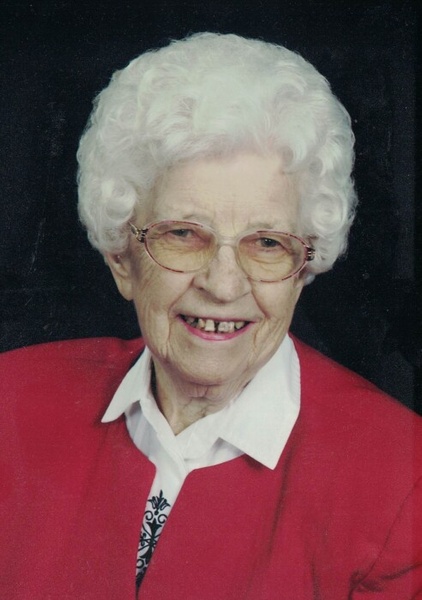 Eunice was born in a sod house on August 18, 1921, to Roy and Grace (McRitchie) Fordham in Rosetown, Saskatchewan. In her early childhood, she and her family relocated to Waukesha, WI. After graduating from Waukesha High School, Eunice worked in the area. During that time, she was writing back and forth with a soldier in the Army Air Corps who would later become her husband and the father of her two children – Bill Redman. Eunice and Bill were united in marriage on June 22, 1946. Together they raised Dan and Gail in the Waukesha area.

While her children were growing up, Eunice took care of the home and their needs. When her children went to high school, she worked at AT&T as an Information Operator and retired after 25 years at age 65. After her retirement, she did a lot of traveling across the US and the world.

Eunice was very active in her children’s activities in and out of school including Cub Scouts, Girl Scouts, PTA, Room Mothers, and with anything else they needed. She belonged to the Waukesha Homemakers Group. She was a phenomenal baker and cook and loved to decorate cakes. Dancing was a very important part of Eunice and Bill’s social life; they went dancing every Saturday night with three other couples for many years.

A Celebration of Life will be held at a later date.

Eunice’s family would like to thank the staff at Kindred Hearts, especially her primary caregivers – Tina and Linda.

If you would like to leave a message of sympathy for Eunice’s family, please visit www.zimmerfuneralhome.com.

To order memorial trees or send flowers to the family in memory of Myrtle "Eunice" Redman, please visit our flower store.