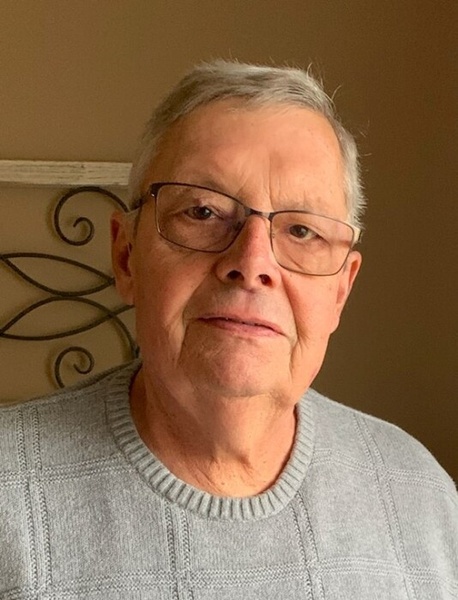 Mike was born on March 7, 1951, to Theunis “Ted” and Elaine (Fladland) Gort in Sheboygan, WI. Mike attended Sheboygan area schools and graduated from Sheboygan South High School with the class of 1969. Mike enlisted in the US Air Force in 1970, and while on leave, he was united in marriage to Linda Wagner on December 22, 1970, in Sheboygan. After Mike’s enlistment in the Air Force, he began working at Plastics Engineering Company (Plenco), and later retired after 38 years. During his time at Plenco, Mike earned his Millwright Certification from LTC.

Mike loved to travel, play guitar and listen to music, was an excellent woodworker, and was able to repair anything that needed fixing.  He enjoyed attending car shows and swap meets with his friend, Bob. He also enjoyed playing golf and watching the Packers. Mike was a very proud grandfather and loved to attend his grandkid’s activities. Mike was a proud member of the American Legion – Post #555.

Mike is preceded in death by his mother, Elaine; and father-in-law and mother-in-law, Robert and Ruth (Roewardt) Wagner.

Per Mike’s wishes, cremation has taken place and no funeral services will be held. Mike’s cremated remains will be inurned in the mausoleum at Greenlawn Memorial Park

Mike’s family would like to thank Dr. S. Mark Bettag and his staff for their compassionate care.

In lieu of flowers, memorial donations may be directed to Sharon S. Richardson Community Hospice in Mike’s name.

To order memorial trees or send flowers to the family in memory of Michael "Mike" Gort, please visit our flower store.

No services to be held