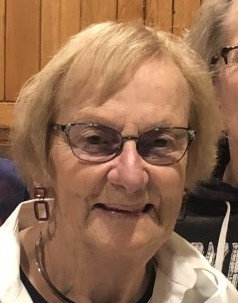 Mary Lou Sixel (Salm) age 79, of the Town of Mosel, passed away peacefully at her home on August 4, 2021, following a brief illness.

She was born on February 28, 1942, in Sheboygan, WI to Nicholas and Hildegard (Schuler) Salm. She graduated from South High School in 1961 and married the farmer down the road, Richard Sixel, in July of 1963.

Mary Lou wore many hats throughout her journey as she always found ways to remain active. She found happiness in working and communicating with others. Admitting patients at St. Nicholas Hospital where her gift of gab gave her the ability to make patients feel at ease. Performing clerical duties at Simonsmeier, Weber & Corson, and volunteering her time at Sharon Richardson and Church functions. The hat that gave her the greatest joy in life was that of farming, tending to and milking the cows and harvesting the crops. In fact, just this past week they harvested the wheat and she was asking Dickie about the weight slips even though they were not even done combining yet!

Throughout her life, Mary Lou loved baking treats not only for her family but for her co-workers as well. Mary Lou and Dickie thoroughly enjoyed going out with many friends, horse drawn wagon train rides, playing sheepshead, dominos, and wintering in Arizona. She also enjoyed a good whiskey with mozzarella sticks. She enjoyed spending time with her children and grandchildren, especially the popcorn and orange crush parties along with the gator rides. If she wasn’t doing that, she was out in her yard planting flowers.

A public visitation will be held for Mary Lou on Monday, August 9, 2021, at Zimmer Westview Funeral Home in Howards Grove from 3:00pm - 6:00pm. On Tuesday, August 10, 2021, friends and family are welcome to St. Thomas Aquinas Church in Elkhart Lake for visitation at 10:00am with a Mass service to follow at 11:00am.

Mary Lou’s family would like to thank the nurses and staff with Sharon S. Richardson Hospice - especially Kristin and Jennifer for their wonderful care. Mom… It’s not a “Goodbye”, It’s a “See You Later.

To order memorial trees or send flowers to the family in memory of Mary Lou Sixel, please visit our flower store.