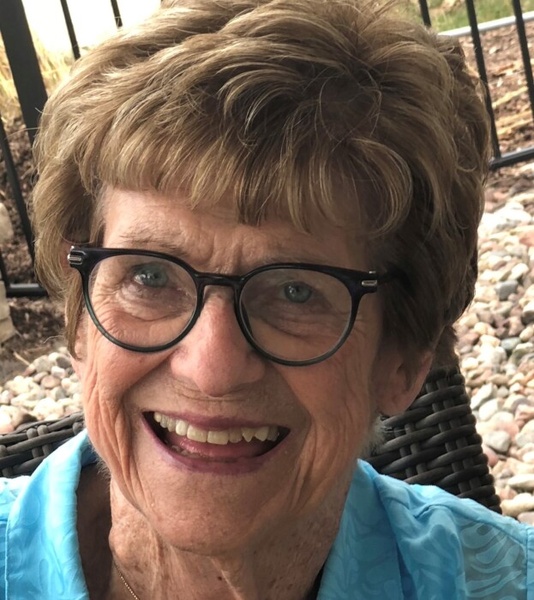 Marvel J. Harrison, loving wife, mother, grandmother, great-grandmother and friend, passed away peacefully at her home in Sheboygan on November 5, 2021, at the age of 91.

She was born on February 4, 1930 in Silver Creek to the late Herbert and Philomena Klug. She graduated in 1947 from Waldo High School. Marvel was united in marriage to her high school sweetheart, Chester Harrison, on June 11, 1949 and they celebrated over 60 wonderful years together. He preceded her in death on March 14, 2010. Marvel was a member of St. Dominic Catholic Church.

Marvel and Chet were longtime members of the Sheboygan Elks Club 299. She served as first lady and planned many parties and events. They made many lifelong friends over the years. Yearly trips to Hawaii was something that she and Chet did for years and would rotate grandchildren to take along to show them the sites and introduce them to their wonderful Hawaiian friends.

She had a long history of volunteering for: the St. Nicholas Gift Shop, March of Dimes, Sheboygan Red Cross Blood Bank and as a board member of Pro Am Charities. She enjoyed spending her free time: in her beloved gardens, with family, in the outdoors and with her four legged fur friends.

In her younger years, Marvel was an outstanding bowler in the Sheboygan bowling community, finishing at the top of many city tournaments. She was also a founding member of The North Bowl Bowling Hall of Fame. She developed a love for the game of golf and was a lifetime member of Pine Hills Country Club and she was very proud to have had the first hole in one in the family on hole 14. She always kept everyone honest, especially when playing golf by reminding everyone of the rules of the game she loved. Marvel enjoyed her golf friends, traveling around the state, playing in various NEWGA events. Playing cards with Marilyn, Betts and friends was a favorite of Marvel’s, being in many bridge clubs.

Above all, Marvel was an amazing mother who was dedicated to her family. Her legacy of kindness, grace, and patience will be carried on through her loving children and grandchildren. She will be greatly missed but left her family with many wonderful memories. She was very proud of her Silver Creek and Waldo family history and shared many memories with her three sisters, Evelyn, Gladys, and Vivian, who all had tremendous longevity.

Along with her parents and husband, Marvel was preceded in death by a daughter, Robin Olson; her sisters; and brothers-in-law.

A Mass of Christian Burial for Marvel will be held at 12:15PM on Tuesday, November 9, 2021, at St. Dominic Catholic Church, 2133 North 22nd Street in Sheboygan, with Father Norbert Sandoval officiating. The family will greet visitors at the church on Tuesday from 9:30 AM until NOON. For those who would like to watch her service virtually can do so on her obituary page on the funeral home’s website. Marvel will be laid to rest next to Chester at Greenlawn Memorial Park.

Memorials in Marvels’ name can be made to Camp Evergreen or to the Sheboygan County Humane Society.

The family would like to thank doctors Vitas Kerpe and Matt Hemsing and Cary for their kindness and care throughout the years. They would also like to extend a special thank you to Marvel’s caregivers, Teresa, Tiffany, Kristina, Jane, Barb, Kathy and Ron who have shown her and our family extreme kindness.

To order memorial trees or send flowers to the family in memory of Marvel Harrison, please visit our flower store.