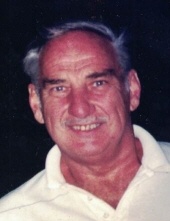 Marko F. Zagar, Jr., 86, of Sheboygan, passed away Wednesday, January 29, 2020. Marko was born in Sheboygan to the late Marko and Mary (Schmelter) Zagar. He married Jean Wondergem on March 16, 1957. She preceded him in death on March 27, 2015.
During his lifetime, Marko worked for the Sheboygan Foundry. He was employed at the Vollrath Company from 1965 until his retirement in 1995. He was a volunteer firefighter with the Town of Wilson Fire Department for over 40 years. Marko proudly served his country in the United States Marine Corps during the Korean War Conflict.
He is survived by his daughters, Elizabeth (Horace) Staples and Linda (Steven) Molzner. He is also survived by his grandchildren, Jeff, Adriana (fiance' Alex Marciniak) and Logan Staples and his sister, Marion Adamovich.
A private interment will be held at Greendale Cemetery. Memorials in Marko's name can be made to The Gathering Place, Sheboygan Falls and Sharon S. Richardson Community Hospice, Sheboygan Falls. Please visit www.zimmerfuneralhome.com to leave online condolences.

Event Information
Services are private.
To order memorial trees or send flowers to the family in memory of Marko Zagar, please visit our flower store.