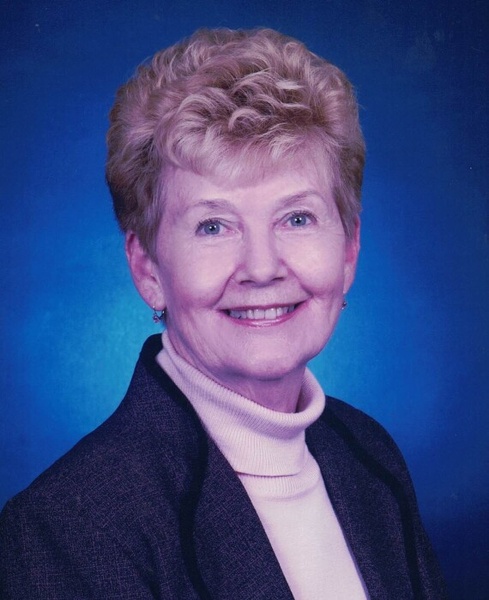 Lola was born on March 30, 1940, to August and Hattie (Pruschinske) Newman in Sheboygan, WI. She graduated from Sheboygan North High School in 1958 and then attended Prospect Hall Secretarial school in Milwaukee. Lola was united in marriage to John Wriedt on November 26, 1960, in Sheboygan. Together they raised two children, Jay and David. Lola worked in business administration at Sheboygan Memorial Hospital for 24 years, as the deputy clerk at the Howards Grove Village Hall for two years, at the Critter Care Animal Clinic for 15 years and treasured the time she spent with the animals there. Lola was a proud member of the Ebenezer United Church of Christ in Sheboygan.

Lola was an avid bowler and golfer, and a member of the 600 Club Classic League. She was also a member of the Town & Country Golf Club and golfed in several leagues. Lola greatly enjoyed travelling with her husband, John, to many different golf clubs across the country. Lola loved all animals and could sit for hours and watch the birds and animals go by her window overlooking Pigeon River. Lola adored her granddaughters and took every opportunity to spoil them that she could. Lola and John spent many nights playing cards with their friends and relatives. Lola also really enjoyed visits from her nieces and the many laughs they shared.

Lola is survived by her son, Jay (Lynn) Wriedt; grandchildren, Nicole and Betsy Wriedt, and Jenny (Beau) Willar; sister, Betty Vencel; nieces and nephews; “Like a son to her”, Tim Stephan and his family;  and other relatives and friends.

Lola’s family would like to thank Tim and his family for the excellent care they gave to Lola over the years that allowed her to remain in her own home as long as she could. They would also like to thank the staff at Angels Grace Hospice in Oconomowoc for their wonderful care and support.

A Celebration of Life will be held for Lola at 1:30 PM on Saturday, February 12, 2022, at Zimmer-Westview Funeral and Cremation Care Center (W2132 Garton Road, Sheboygan, WI 53083). A public visitation will be held from 12:30 until the time of Lola’s service. Lola’s service will be livestreamed and viewable at a later date from her obituary page on the funeral home’s website.

Lola’s family requests that in light of the COVID-19 pandemic, masks be worn by all in attendance and that social distancing takes place.

Lola will be interred next to her husband, John, and son, David, at Wildwood Cemetery in Sheboygan.

In lieu of flowers, memorial donations may be directed to the Sheboygan Humane Society or the American Cancer Society in Lola’s name.

If you would like to leave a message of sympathy for Lola’s family, please visit www.zimmerfuneralhome.com.

To order memorial trees or send flowers to the family in memory of Lorraine "Lola" Wriedt, please visit our flower store.