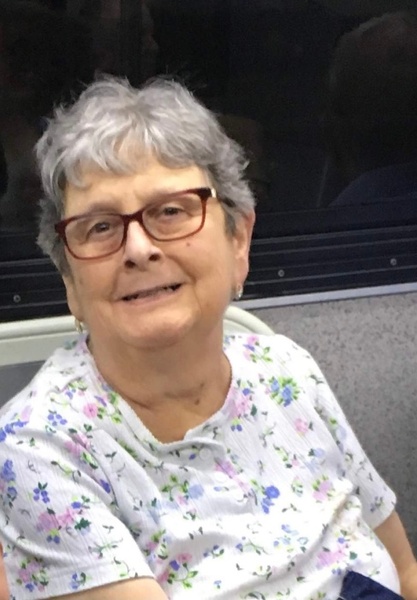 Linda E. Sertich, 71, of Sheboygan Falls, passed away peacefully at home following her courageous battle with cancer, surrounded by family on Wednesday, May 26, 2021.  Linda was born July 26, 1949 in Sheboygan to the late Frank and Marjorie (Reichert) Weeden.  She graduated from Kohler High School in 1967. She went on to Lakeshore Technical Institute to study business.  In 1972 she was united in marriage to Donald Sporski, he preceded her in death in 1985.

Linda and Bob owned and operated Sertich Ambulance and Medical Transport.  Linda also worked for the Kohler Company for 13 years and was a sales associate at Kohls in Sheboygan retiring in 2011.

Linda enjoyed playing cards with her neighbors and friends at the apartment and playing Farmville on Facebook. Linda loved being Nana to her grandchildren, and spending time creating lasting memories with her family.  She is going to missed by all who knew and loved her. Especially by those who affectionately knew her as “Hippie Grandma”.

A funeral service will be held at 5:00 P.M. Wednesday June 2, 2021 at the Zimmer Westview Funeral Home & Cremation Care Center, W2132 Garton Rd., Sheboygan, with Pastor Stephen Welch officiating.  Family & friends are welcome at the funeral home from 3:00 P.M. until the time of service.

Linda’s family would like to thank Dr. H. Marshall Matthews lovingly referred to as Scruffy by Linda & staff and the doctors, nurses and staff of Sharon S. Richardson Community Hospice for their compassionate care and support.

To order memorial trees or send flowers to the family in memory of Linda Sertich, please visit our flower store.