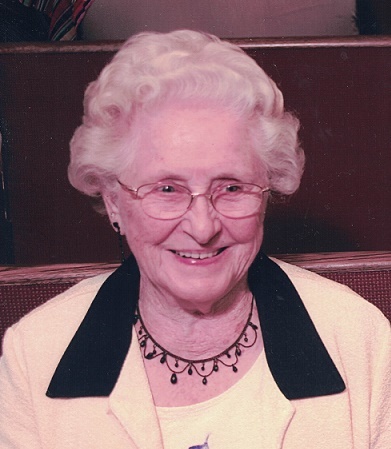 LaVerne was born January 30, 1922, to the late Otto and Katherine Altschwager. On July 3, 1941. She married Reinhold Rohde. Together they ran their dairy farm until his Reinhold’s passing on January 18, 1960. After, LaVerne was employed by the Howards Grove Public Schools, Lakeland College, and Sunny Ridge Nursing Home.

LaVerne is survived by her three children: Kathleen (James) Kalk, Karen Thiessen, and Kenneth Rohde. In addition, she is survived by eight grandchildren: Dena (William) Hendrikse, Chad (Karen) Kalk, Tami (Todd) Stoffregen, Gary (Kimberly) Kalk, Thomas Kalk, Matthew Thiessen, Sonja (Brian) Byers, and Aimee Beilgard. She was a great-grandmother to fifteen great-grandchildren. Her son-in-law Terry Thiessen preceded her in death in May of 2021.

LaVerne was a member of Our Shepherd United Church of Christ. She enjoyed gardening, playing cards, traveling, family get-togethers, needlework, watching the Brewers, and was a great cook and baker.

The Zimmer Funeral Home is assisting the family with the funeral arrangements and would like to thank the staff at Sharon Richardson Hospice. A private memorial service will be held.

In lieu of flowers, memorials in LaVerne’s name can be made to Our Shepherd United Church of Christ.

To order memorial trees or send flowers to the family in memory of LaVerne Starck, please visit our flower store.