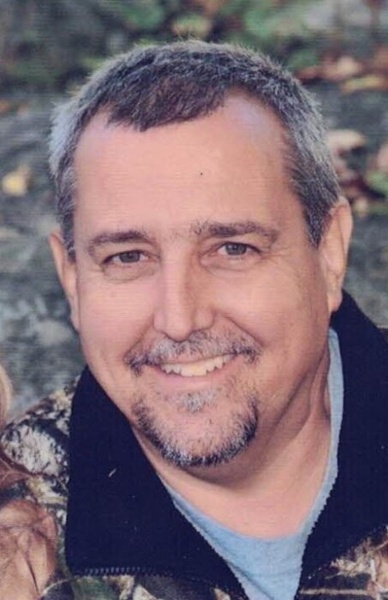 Kurt Bulitz, age 52, went home to the Lord on Wednesday afternoon, June 16th 2021 surrounded by family and friends at Sharon S. Richardson Community hospice in Sheboygan Falls.  Kurt and his family fought a very short but fearless battle against a rare and aggressive form of melanoma.

Kurt was born on July 5th, 1968 in Sheboygan to German immigrants Siegmund and Maria Regina Grandl Bulitz.  Kurt spent his young life working on the family farm outside of Kohler, where he helped the family earn a living on everything from raising poultry to milking cows, as well as selling pumpkins and giving public hayrides in the fall.  Kurt also spent much time on family land near Elkhart Lake pasturing cattle.  It was on this land that Kurt and his brothers, Gary and Paul, began developing their mutual and lifelong love of hunting.  After graduating from Sheboygan Falls High School in 1986, Kurt worked as a laborer at a number of area businesses before beginning his tenure at Curt Joa, Inc. in 1991.  Kurt worked diligently at Curt Joa until his passing, with his most recent title being warehouse coordinator.

Through mutual friends In 1990, Kurt met the love of his life, Amy Wallander, whom he wed in June of 1993.  A year prior to their marriage, Kurt had begun working on part of his earthly legacy by purchasing a home on 25 acres of wooded land, which he later expanded to nearly 50 acres, near the family pastureland of his childhood in Elkhart Lake.  In 1996, Kurt and Amy brought their eldest son Jacob John Bulitz into the world, who was followed shortly in 1998 by Joshua Paul Bulitz.  It was when these children were set loose upon Kurt’s landscape that the family became complete. Kurt’s greatest passion in life became spending time on his land with his boys, savoring all of the blessings that it constantly provided.  Kurt kept a wide variety of animals throughout the years, including coonhounds and beagles with which he loved to hunt, as well as poultry.  In warmer months, a growing flock of homing pigeons was ever-present circling over his family’s home, and with it Kurt spent several summers competing in the Sheboygan Pigeon Flying Club.  The endless woodpiles that encircled Kurt’s home proved that he knew his woodlands intimately, and he loved maintaining them by cutting firewood which he both sold and used to heat the family home each winter.  Kurt made sure that vegetable gardens and newly planted trees appeared around the family home each year, and he was constantly aware of nature and wildlife in his surroundings whenever he was outdoors.  Above all others, Kurt’s favorite memories on the land were undoubtedly made on crisp days in autumn while enjoying creation from his favorite treestand, with his sons doing the same nearby.  He loved nothing more than coming together with them in the dusky woods and whispering the details of the day’s hunt, while a warm fire and loving wife awaited at home.

For many of those who knew him, Kurt was much more like a brother than just a friend.  He never hesitated to approach anybody to exchange wisdom, and as a result had an endless list of people that grew close to him.  Though he was disciplined in everything he did, Kurt was constantly good-humored and always had a story or “one-liner” ready at a moment’s notice.  His greatest satisfaction came in simply stepping back to admire a job well done, and he accomplished everything he did with a purpose much greater than himself in mind.

In his final years of life, Kurt developed a strong relationship with the Lord.  Even in his final weeks of life as he faced his greatest earthly trials, Kurt gave God all of the glory for the blessings in his life, unselfishly prayed for others, and wholeheartedly placed his trust in Him regardless of how His will would unfold.  His passing is a testament to strength that only God can provide, and his greatest gift to those that loved him will be his example and a legacy of faith.

Kurt’s family would like to extend a truly heartfelt thanks to the Cancer Care Center staff at Aurora St. Luke’s Medical center as well as the Orthopedic Surgery and Wound Care staff Aurora Medical Center in Grafton for their efforts in battling Kurt’s cancer.  They would also like to thank the staff at Sharon S. Richardson Community Hospice for their sincerity and tender care for Kurt and his family during his passing.

Zimmer Westview Funeral Home has been entrusted with Kurt’s arrangements.  Visitation will be held at the Zimmer Westview facility from 3:00PM-6:00PM on Monday, June 21st, followed by a Gathering of Remembrance Memorial service at 6:00PM.

To order memorial trees or send flowers to the family in memory of Kurt Bulitz, please visit our flower store.