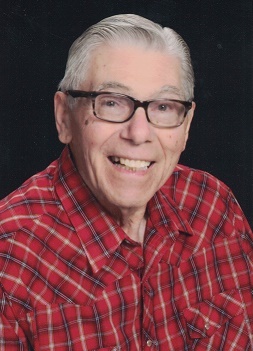 On January 31, 2022, Kenneth Francis Perronne of Sheboygan Falls was called to his home in heaven at the age of 87.

He was born in the Town of Mosel on November 10, 1934, to the late Paul & Francis (Forster) Perronne.   He attended local schools graduating from Sheboygan Central High School in 1952. Ken served in the U.S. Army from 1957 to 1959.  He worked at Kohler Co. for 20 years before selling insurance for Modern Woodmen of America for 30 years.  Once retired at 62, Ken enjoyed his part time jobs delivering for Sheboygan Glass and being a maintenance man for Sheboygan Falls Mutual Insurance Company.

On September 15, 1962, Ken was united in marriage to Roma Woelfel at St. Mary's Catholic Church in Chilton.  Ken loved to play cards, listen to Polka music, and was an avid Brewers and Packers fan. Ken and Roma went on many memorable vacations including Ireland, Hawaii, Mexico, Spain, a cruise to the Bahamas, San Diego, Marco Island and Florida.

A Memorial Service for Ken will be held at 3:00 PM on Thursday, February 3, 2022, at Zimmer Westview Funeral and Cremation Care Center, W2132 Garton Rd, in Howards Grove with Deacon Michael Burch officiating. Family will greet visitors at the funeral home on Thursday from 1:00 PM until the time of the service, with Military honors to follow. Ken will be laid to rest at the Sheboygan Falls Cemetery.  Ken's family is asking for those who attend both the visitation and service to wear masks and follow social distancing guidelines.

For those that would like to attend virtually can do so on the funeral home's website on Ken's obituary page.

The family would like to thank the staff at Azura Memory Care in Sheboygan for their care, dedication and compassion shown to Ken and his family.

A memorial fund has been established in Ken's name.

To order memorial trees or send flowers to the family in memory of Kenneth Perronne, please visit our flower store.