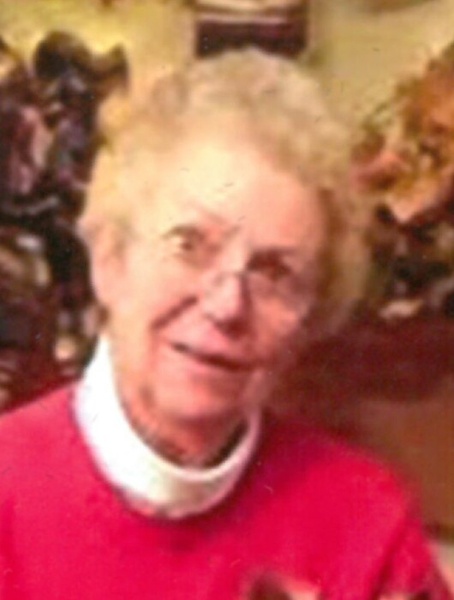 Judy was born in Milwaukee on Christmas Day in 1938 to Edward and Louise (Stromeyer) Kelm. She attended Sheboygan Falls High School. On February 15, 1958, Judy married Delano “Del” Dohr at St. Mary's Church in Sheboygan Falls. Judy met Del when she was working as a “Car-Hop” at her parent’s restaurant, the Point Drive-In in Sheboygan Falls.

Judy was a waitress at the Elks Club for many years and later worked at Watson’s Vending.

In her later years, completing word search puzzles became Judy’s favorite pastime. She was an avid fan of all Wisconsin sports teams. Judy’s granddaughter, Sara, was her pride and joy.

Judy was preceded in death by her husband, Del; daughter, Jackie Dohr; parents; one brother, James Kelm; her father-in-law and mother-in-law; and brothers-in-law, Jim Dohr and Eddie Geiger.

In accordance with Judy’s wishes, no services will be held. Judy will be inurned at Greenlawn Memorial Park next to her husband and daughter.

In lieu of flowers, memorial donations may be sent to Sharon S. Richardson Community Hospice in Judy’s name.

The family would like to extend a special thank you to Judy’s neighbors, Dennis and Deanna, Rolly and Luann, Joan, and the many other friends who helped care for Judy. They would also like to thank the staff of Sharon S. Richardson Community Hospice for their wonderful care.

To order memorial trees or send flowers to the family in memory of Judith Dohr, please visit our flower store.