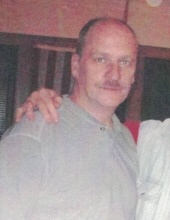 Joseph Kiernicki, age 58, of Cleveland passed away unexpectedly on Monday, February 4, 2019.
Joe was born in Chicago, IL on September 20, 1960 to the late Chester and Alice (Karmowski) Kiernicki. On December 24, 1988 Joe married the love of his life, Carol Szymczyk in Chicago. Relocating to Sheboygan with his family he was employed as the Operations Manager at Estes Trucking Company.
Joe enjoyed refurbishing cars and going to the occasional car show. He was an amazing family man who devoted his time to the ones he loved. He will be dearly missed by the ones who were lucky enough to know him.
Joe is survived by his loving wife, Carol; three children, Joseph Kiernicki, James (Paula) Malanowski and Dawn Kropp; seven grandchildren; 3 great-grandchildren and a sister Darlene (Michael) Linton. Nieces, nephews, friends and family further survive.
Along with his parents, Joe was preceded in death by a sister Arlene Franek.
A private celebration of life will be held at a later date.
In lieu of flowers, the family asks that memorials are made to the memorial fund established in Joe's name.

Event Information
Services are private.
To order memorial trees or send flowers to the family in memory of Joseph Kiernicki, please visit our flower store.