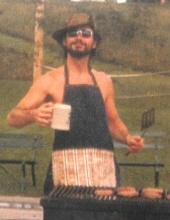 John "Jack" Jekenewicz, age 73, of Sheboygan, passed away Sunday, June 2, 2019 at Sharon S. Richardson Community Hospice surrounded by his family.
Jack was born May 29, 1946 in Sheboygan to Walter (Dudonis) Jekenewicz and Emma (nee Miller) Jekenewicz. He attended St. Peter Claver grade school and graduated from South High School in 1966. On December 30, 1966, he married his high school sweetheart, Julie Schimpf. The two were married for 24 years.
From 1966-1968, he proudly served his country in the US Army with the US Signal Corp. He went on to work at Kohler Co, the Sheboygan County Court House, and Nemschoff Chairs until his retirement in 2008.
Jack enjoyed hunting, fishing, Packer games, golfing, sailing in Friday Harbor with his brother-in-law Bill, and going up north with his son Troy and his family. He cherished his trips to the Northwoods; they were a therapeutic escape where he could relax and feel at peace. Last year, he took a much anticipated and enjoyed trip to Twisp, WA to visit his sister Carol's family. He was a loving guy with a great sense of humor who will be greatly missed by his family and friends.
Jack is survived by his children: Gina (Don) DeCou, Trish (David) Anderson of FL and Troy (Jodi) Jekenewicz. He is further survived by his former wife Julie Jekenewicz of Sheboygan, grandchildren: Lily, Charlotte and Camilla DeCou, Katie and Samantha Landgraf, Gage Platz and Logan Jekenewicz, great-grandson Nolan Landgraf, nieces, nephews, cousins, other relatives and friends. He is preceded in death by his parents and his sister Carol Mae (Bill) Rayborn from Friday Harbor, WA.
A private Celebration of Jack's Life will be held at a later date. In lieu of flowers, memorials are suggested to Sharon S. Richardson Community Hospice.
The family of Jack would like to thank Sheboygan Memorial Hospital, St. Agnes Hospital in Fond du Lac and Sharon S. Richardson Community Hospice for their wonderful and respectful care. He had many angels around him, watching over him.

Event Information
Services are private.
To order memorial trees or send flowers to the family in memory of John Jekenewicz, please visit our flower store.