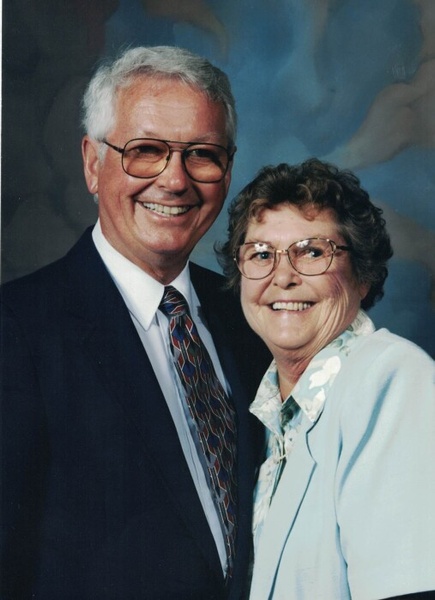 Jerome John Prigge formerly of Sheboygan and Crystal Lake passed away on Tuesday, July 20 at Sheboygan Health Services at the age of 93 where he had been a resident since August of 2019.

Jerry was born in Sheboygan on July 26, 1927, the son of the late John and Lucille (Trossen) Prigge. He attended local schools and was head cheerleader his senior year in high school at Sheboygan North.  He did two separate one-year stints in the Navy including one after his junior year of high school.  He served his country at the end of WWII on Saipan and came home to finish school and graduate with the North High Class of 1947.

On May 19, 1951 he married Joyce Messner.  They raised four children and enjoyed 68 years of marriage together, living in Sheboygan and starting in 1965, spent their summers on Crystal Lake. In 1981, after their children had all married, they moved permanently to their summer home on the lake. Jerry loved walking the 4-mile road around the lake with his buddies Dr. Roger Wilke and Jim Martin, both who proceeded him in death.  He loved having his family come out to swim on Sundays and was very proud of his yard and flowers and always enjoyed a boat ride around the lake.  A memorable event was when he would dive into the lake and swim from their pier to the nearby island.  His kids loved to swim along with him, especially his daughter Jerilynn. Jerry and Joyce loved the lake and as the years passed, stayed in their home as long as they could, until he got sick in late May of 2019 and entered a nursing home. Joyce was lost not having Jerry by her side, and she passed away just a few weeks later on June 24, 2019.

Jerry attended Sheboygan Business College for a year and in 1949 started working for his father at the Blue Arrow Auto Laundry. It was during that time that his parents, John and Lucille purchased Marsch Bus Service in Sheboygan, which was the beginning of his almost 70-year career in the school bus, motorcoach and tour business. In the early years, Jerry drove school bus and helped in the car wash, with an occasional sports trip at night. In 1956, he was joined by his brother Jim and together they built the bus company into one of the most respected coach and school bus companies in Wisconsin, eventually adding a full-service travel agency, Discovery World Travel in 1976.

Jerry was president of Prigge’s School Bus Service and Discovery Coach until his retirement in 1993. He served a term as the president of the Wisconsin School Bus Association and was very active in the American Bus Association and United Motorcoach Association. He loved attending the annual school bus and motorcoach conventions. As the company grew, he was able to drive less and spend more time in the office, but he still loved driving when needed.  He bustled with pride every time they took delivery of a new school bus or coach. Even well into his 80’s he would always come into the office when a new bus arrived. He was affectionately called “Jolly” by his family and employees.

After retirement, he continued to drive both school bus and coach until he was in his early 70’s. When he gave up driving, he loved being a tour escort for Discovery Tours and did so for many years. Jerry was a favorite among the tour customers because as Joyce would say, “Prigge you have the gift of gab”. He always had a smile on his face and enjoyed meeting new people and sharing his love of motorcoach travel.  In his later years, he was happy just going along on coach trips to Brewer games, The Fireside Theater and the State Fair-where he always made sure to bring home a cream puff for Joyce and buy himself some crazy gadget.

A celebration of Jerry’s life will take place on Tuesday, August 10 at The Chapel of Eternal Light located in Greenlawn Memorial Park, 6706 Superior Avenue, Kohler.  Family will receive visitors from 9-11am and a brief service including military honors will take place afterward.

In lieu of flowers, a memorial fund has been established in Jerry’s name supporting local charities and organizations.

Upon his arrival in heaven, Joyce looked at him and said.”Jerome…where the hell have you been and what took you so long? Get me a glass of wine and turn up the thermostat…it’s freezing in here.”

To order memorial trees or send flowers to the family in memory of Jerome Prigge, please visit our flower store.