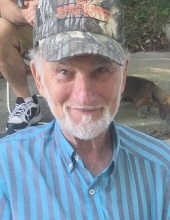 Jerome "Jerry" E. Krutzik, age 82, of Howards Grove passed away after a brief illness on Saturday, August 24, 2019, surrounded by his loving family at Aurora Sheboygan Medical Center.
He was born on September 6, 1936, in Kiel to the late John and Anna (Schicker) Krutzik. He attended Maple Corner School and Kiel High School. Jerry was employed at Lake to Lake Dairy in Kiel and then at Kohler Company for 47 years, retiring in 2001. On December 28, 1957, Jerry married the love of his life, Elizabeth "Betty" Schuh at St. Michaels Catholic Church in Whitelaw, WI.
Jerry loved hunting, fishing, gardening, and fixing cars. He enjoyed the occasional auction, along with collecting antiques. Jerry loved spending time with his family, whether it was playing games, socializing with his children and grandchildren, and attending any of his family's events. He will be missed dearly by all who knew him.
Along with his loving wife, Betty, Jerry is survived by his children, Susan (Significant Other Doug Gordon) Niquette of Sheboygan, Karen (Special Friend Jim Bolgert) Butzen of Sheboygan, Jerry (Jill) Krutzik Jr. of School Hill, Brad (Significant Other Renee Thompson) Krutzik of Sheboygan Falls, and Kevin (Melissa) Krutzik of Howards Grove; grandchildren, Tony and Trisha Niquette, Katrina and George Krutzik, and Nicholas and Danielle Krutzik; siblings, John (Mary) Krutzik, Robert Krutzik, and Rose (Gary) Newman and a brother-in-law Robert Schuh. Nieces, nephews, other family and friends further survive.
Along with his parents, Jerry was preceded in death by a daughter Terri Krutzik; son-in-law Tommy Butzen Jr.; siblings, Esther, Elmer, Marty, and Middie; brothers and sister-in-law, Gregory, Leonard, Tony, Dorena, and George.
A private family celebration will be held at a later date.
A memorial fund has been established in Jerry's name.
The family would like to personally thank the Howards Grove First Responders for their care and concern through this difficult time.

Event Information
Services are private.
To order memorial trees or send flowers to the family in memory of Jerome Krutzik, please visit our flower store.