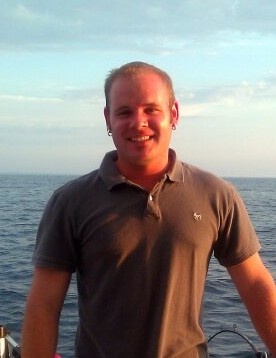 Jeremy J. Brendel, age 39, of Cape Coral, Florida, and formerly of Howards Grove, passed away as a result of a car accident near his home in Florida on August 20, 2021.

Jeremy was born on January 14, 1982, the third of four children to Dennis Brendel and Betty (Heling) Butzen in Sheboygan, WI. He was raised on the family dairy farm near Cleveland, WI, where he learned responsibility at a young age and developed his strong work ethic. He was proud of his upbringing and treasured the many memories he shared with his farm family.

Jeremy graduated from Howards Grove High School with the class of 2000. He first worked for Sheboygan Chevrolet as an avid car salesman. After several years of selling cars, he switched to selling RVs for Wagner’s Trailer Sales in Cleveland, WI. Then in 2018, Jeremy and his family moved to the Cape Coral, FL, area where he found himself working as a sales manager at Gerzeny’s RV World. Jeremy loved his career and was loyal to his customers - both old and new. He truly valued the many connections and friendships he made along the way.

On June 30, 2007, Jeremy was united in marriage to Melissa Feest. Together they were blessed with three beautiful daughters: Grace, Audreyana, and Evelynn. His girls meant the world to him and made him so proud.

Jeremy will be remembered as a loving husband, incredible father, son, brother, grandson, uncle (“Unkie”), cousin, and friend to all. He was known as the scheister of the family, a real wisecrack, and a Superman. If you ever met Jeremy, you would never forget his larger-than-life personality and his radiant smile.

A public visitation will be held Thursday, September 9, 2021, at Zimmer-Westview Funeral and Cremation Care Center from 3pm-6pm, with a 6:15pm Memorial Service to follow. A private family inurnment will take place at Greenlawn Memorial Park in Kohler and Trinity Lutheran Church in Howards Grove. Jeremy’s service will be livestreamed from his obituary page at www.zimmerfuneralhome.com.

In lieu of flowers, a memorial fund will be established to support Jeremy’s daughter’s education. His family would also like to use a portion of the funds to help plant new trees around the Howards Grove village parks in his memory.

To leave a message of sympathy for Jeremy’s family, please visit www.zimmerfuneralhome.com.

To order memorial trees or send flowers to the family in memory of Jeremy Brendel, please visit our flower store.