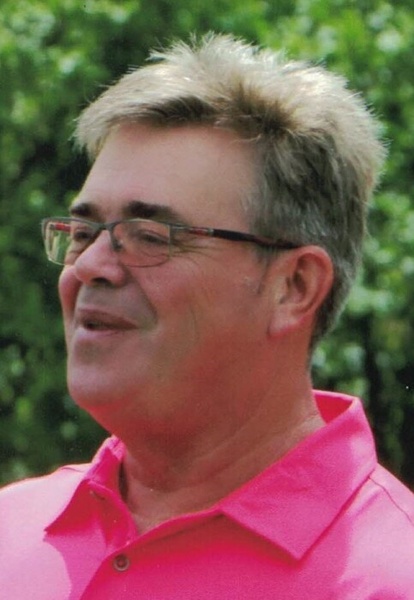 Jeff was born on March 9, 1956, to Elton “Al” and Helen (Spaulding) Collins.  Elton preceded Jeff in death, and his mother married Sam Warner.

He was raised in Cobleskill, in upstate New York. He graduated from Alfred University with his bachelor’s degree in Ceramic Engineering and later obtained his MBA through an accelerated program at UW-Milwaukee.

In the early 80’s, Jeff met the love of his life, Sandra Sommer, at a backyard cookout. They had their first date over a game of racquetball and were later married on August 31, 1985, at St. Peter Claver Catholic Church in Sheboygan.

Jeff worked at Kohler for nearly 45 years. He truly enjoyed his job, and never felt a real need for a vacation because his career made him a world traveler. Jeff had numerous friends and co-workers from his travels around the world with his career. He was also able to travel with his wife in his later years of working to France, Cozumel, Thailand, and Anguilla – which were always special vacations where Sandy got to see parts of the world that she would not have otherwise seen.

Jeff enjoyed hunting and was a great golfer and teacher of both. He would always take the opportunity to teach someone to golf with dedication and go hunting with others.

Jeff is preceded in death by his father, Elton; and father-in-law and mother-in-law, Calvin and Phyllis (Tulach) Sommer.

A Memorial Service will be held for Jeff on Friday, April 9, 2021, at Holy Name of Jesus Catholic Church in Sheboygan, WI, at 1:15 PM. The service will be livestreamed from his obituary page on www.zimmerfuneralhome.com. Please follow all COVID-19 guidelines.

Please visit www.zimmerfuneralhome.com to leave a message of sympathy for Jeff’s family.

Jeff's stepsister, Susann, sang and played piano in the song, "Sing Your Way Home." This song was played before the service, and if you would like to listen to it the link is below.

At the cemetery, two songs that were important to Jeff and Sandy were played before and after the committal ceremony.

The song that was played before the committal: Run to the Father - Cody Carnes: https://www.youtube.com/watch?v=HcpeLDp0Foo

The song that was played after the committal: Cherish the Love - Kool and the Gang: https://www.youtube.com/watch?v=s09LuDYX12g

To order memorial trees or send flowers to the family in memory of Jeffery Collins, please visit our flower store.