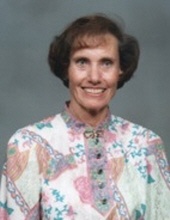 Isle H. Muehleis, age 94, of Port Washington, passed away on Friday, January 8, 2021, at Lincoln Village Senior Living where she had been residing since October 2018.

Ilse was born November 22, 1926 in Ulm/Donau, Germany to parents

Willi & Berta Benz, nee Wiedenmann. She was married to Victor E. Muehleis on
May 22, 1948 in Ulm Germany. She attended primary and high school (State school of
Commerce and Business). After graduation and after World War II, she was employed
as an interpreter and translator by the US government, southern area command in Ulm,
Germany from 1951 to 1957 before emigrating to the United States with her husband
and six-year-old son Peter.

Ilse's aunt and uncle, Elsie & Hans Hildenbrand who had been living in Sheboygan
since 1925 welcomed them with open arms.

Ilse was employed by Plymouth Industrial Products in Sheboygan as secretary and
accountant from 1957 to 1965. During her working years she furthered her education in
the Sheboygan Vocational School and Lakeshore Technical Institute. She then was
employed by the Sheboygan Paper Box Company from 1965 to 1972 as an accountant.
Ilse and Victor opened their home to two Hmong refugee children during the early 70s.
Ilse enjoyed home making, cooking, baking, gardening as well as sports such as skiing
and tennis with her husband. A special joy for her where her family devotions for our
Lord. She was a member of Trinity Lutheran Church Howards Grove since 1959. She
was preceded in death by her beloved husband, Victor, in 2017.

Special thanks go out to Dr. Kumar and the staff at Sheboygan Vince Lombardi Clinic.

In lieu of flowers the family asks you make a donation in Ilse's name to a charity of your choice.

Event Information
Services are private.
To order memorial trees or send flowers to the family in memory of Ilse Muehleis, please visit our flower store.