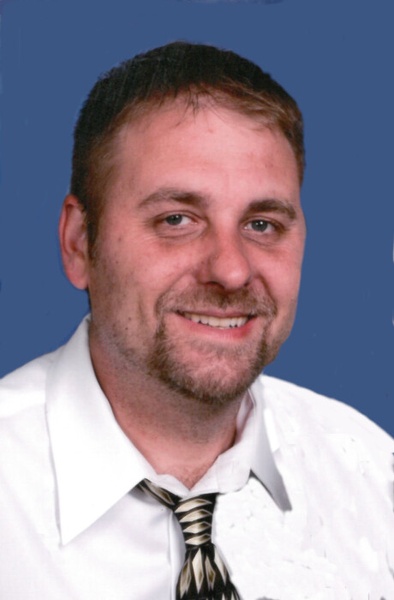 Henry Carl Westermeyer, 43 of Sheboygan, passed away on Tuesday, March 9, 2021 at Morningside Health Center from a degenerative brain disease.  He was born on March 16, 1977 in Sheboygan, the son of Frederick and Judith (Harms) Westermeyer.  Henry was baptized and confirmed at St. John’s UCC in Elkhart Lake.  He attended Meme Elementary School and graduated from Kiel High School in 1995.  He then went on to LTC and attended machining classes.  Henry worked as a machinist for 12 years.  He also worked on his parents’ dairy farm.

On November 10, 2001 he was united in marriage to the mother of his children Sarah Thomas.

Henry is survived by his, children, whom he dearly loved, Erick and Emily Westermeyer, parents, Frederick and Judith Westermeyer, brother Brian (Jill) Westermeyer and their children; Jenna, Adam, and Hunter Westermeyer; and Amber Wilkens and Amanda (Ryan) Nadler. Also surviving is a great niece and nephew, numerous aunts, uncles, cousins, other relatives and friends.

He was preceded in death by his daughter Brianna Westermeyer, sister Ann Westermeyer, grandparents; Henry and Lorena Westermeyer and Carl and Marie Harms, his uncles, Orlin Schueler and Ralph Horness.

A private Memorial Service will be held on Friday March 19th. 2021 at St. John’s United Church of Christ, Schwarzwald. A live stream of the service can be viewed at the Zimmer Westview Website. Friends may call at Zimmer Westview Funeral and Cremation Care Center on Thursday March 18th from 4 until 7 pm. Internment will be in the Church cemetery. In compliance with COVID-19 guidelines, masking and social distancing will be observed.

A heartfelt thanks to the caregivers at Edgewood Adult Family Home and Morningside Health Center for the care he received. A special thank you to Henry’s relatives, neighbors, friends, his church family at Schwarzwald, and his doctors. The kind words and acts of compassion helped ease the pain and gave us strength.

A memorial fund has been established in the name of Henry Carl Westermeyer.

To order memorial trees or send flowers to the family in memory of Henry Westermeyer, please visit our flower store.