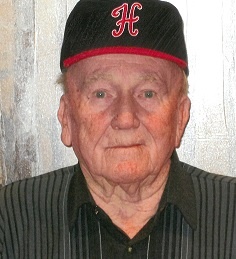 He was born June 23, 1927 in Howards Grove to the late Walter and Erna (Henning) Semph.  He graduated from Howards Grove High School with the Class of 1945.  He then went on to proudly serve in the US Army from 1945 – 1948 and was stationed in Germany.  In September 1950 he was united in marriage to Grace Sekaney, they celebrated their 60th anniversary before Grace preceded him in death on December 1, 2010. Henry started working with the Vollrath Company in 1950 and retired after 40 years in 1990.  He was a member of the Quarter Century Club.

A memorial service will be held on Thursday, June 17, 2021 at 2:00 PM at Zimmer-Westview Funeral & Cremation Care Center, W2132 Garton Rd., Sheboygan, with The Rev. Dr. Ernest Huntzinger officiating.  Military Honors will follow the service.  Relatives and friends may visit with the family from 1:00 PM until the time of service at the FUNERAL HOME.

In lieu of flowers memorials may be made to either the Howards Grove High School Athletic Department or the VFW Post 9924 in Henry’s name.

To order memorial trees or send flowers to the family in memory of Henry Semph, please visit our flower store.