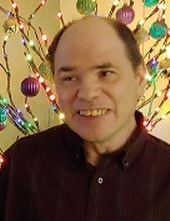 Henry Robert Schilling, 57, of Sheboygan, passed away on Thursday, July 11, 2019 at Aurora Sheboygan Memorial Medical Center. He was born March 20, 1962 in Sheboygan to Robert and Shirley E. (Jaschinski) Schilling. Henry graduated from Lightfoot School in Sheboygan Falls.
Henry participated in a daycare program at Beacon of Light in Belgium. He had a love for airplanes, and looked forward to every airplane ride he took. Henry enjoyed playing bingo, Yahtzee and doing latch work. He had also participated in Special Olympics.
Henry is survived by his mother Shirley Schilling, his brothers, Carl (Ann) Schilling, Paul (Cheryl) Schilling, sisters, Gale (Stephen) Anderson, and Lola Sarabia, half-brother, Miles (Teresa) Olmsted and half-sisters; Carrie (Fernando) Villarreal, Debra DeLaRosa, and Lynn (Danny) Klujeske. He is further survived by many nieces, nephews, other relatives and friends. He was preceded in death by his father, grandparents, and brother-in-law Victor Sarabia.
Per Henry's wishes a private family service was held.
The family would like to express their gratitude to the staff at Homes for Independent Living and Pacific House for all their care, comfort and support.

To order memorial trees or send flowers to the family in memory of Henry Schilling, please visit our flower store.