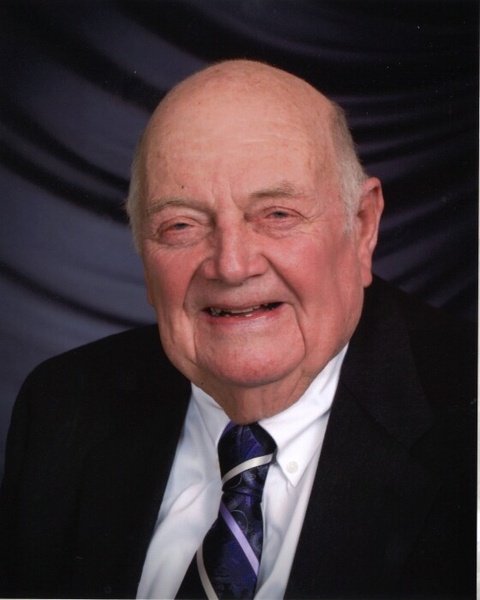 Harvey W. Grunewald, 91, of Cleveland, joined the choir of angels in heaven on July 8, 2022, with his loving family by his side.

He was born on March 4, 1931, in the town of Herman, to the late Arno and Hertha (Pagel) Grunewald. Harvey attended Green Bay Road School then graduated from Howards Grove High School with the class of 1949. He then took farm short course in Madison until 1951.

In 1952, Harvey was drafted into the United States Marine Corps where he proudly served our country until he was honorably discharged in 1954.

On December 6, 1952, he was united in marriage to his loving and devoted wife Mary Ann Luecke at Trinity Lutheran Church Howards Grove, where they were both active members for over 60 years.

Harvey drove milk truck for Modern Dairy & Lake to Lake, after taking over the farm in 1973, retiring in 1996. He then went on to drive school bus for Harms Bus Co. until he officially retired in 2013.

Having a strong faith in Jesus Christ Harvey was a long-time member of Trinity Lutheran Church in Howards Grove, he was part of the Laymen’s League for over 60 years, served as an Elder and on the board of Education along with other committees. He enjoyed singing solos and in the church choir accompanied by his wife. Harvey was a liaison to AAL and later Thrivent. He played on the Trinity Men’s Dartball team & sang in the men’s barbershop quartet with Chorus of the Kettles and the Kettletones quartet.

Along with his parents, Harvey was preceded in death by his wife Mary Ann, a granddaughter Angela Grunewald, sister-in-law, Virginia (William) Krupp, brother-in-law Carl Luecke, and his father and mother-in-law, Ernst and Aurelia Luecke.

A funeral service will be held on Wednesday, July 13, 2022, at 1 pm at Trinity Lutheran Church Howards Grove, W2776 WI-32, Howards Grove, with Pastor Noah Fremer officiating. Burial will follow at Trinity Lutheran Cemetery. Relatives and Friends may visit with the family on Wednesday, July 13, 2022, from 10 am until the time of service at the CHURCH.

The family would like to express their appreciation to ICU nurse Alie Marker and Dr. Varun Mehta, of St. Nicholas Hospital, for their support and compassion.

In lieu of flowers, memorials may be made to Trinity Lutheran Church of Howards Grove.

To order memorial trees or send flowers to the family in memory of Harvey Grunewald, please visit our flower store.