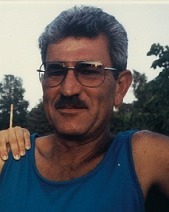 Harry “Hibby” Hibbard 73, of Newton, passed away peacefully at Aurora Medical Center Sheboygan, on Saturday, October 29, 2022.  He was born October 25, 1949, in Manitowoc to the late Harold Sr. and Dorothy (Ahl) Hibbard.  Harry graduated from Valders High School, and went on to continue his education at UW Oshkosh.

On September 2, 1972, Harry was united in marriage to Mary Wagner at St. Wendel Catholic Church in Cleveland.  They just celebrated their 50th wedding anniversary this year.

Harry was a cement mason foreman, at Gulseth Construction for 40 years, retiring in 2007.

The family would like to thank, niece Amanda (Rob) Fiore and their family for all their care and support over the years.

Per Harry’s wishes a private family service will be held.

In lieu of flowers memorials may be made to the charity of your choice in Harry’s name.

To order memorial trees or send flowers to the family in memory of Harry "Hibby" Hibbard, please visit our flower store.