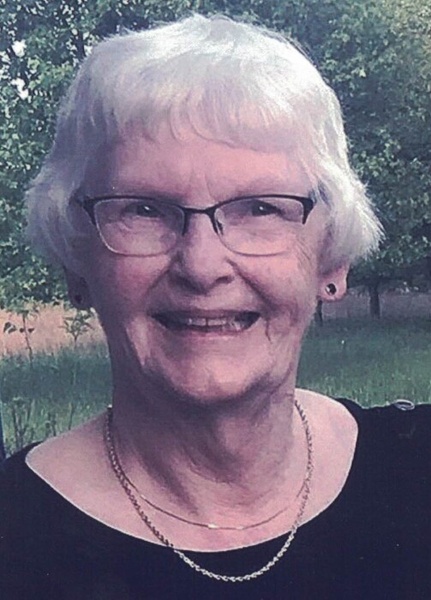 Harriet K. (Tamminga) Van Der Weele, age 88, of Sheboygan, passed away peacefully surrounded by her daughters on Monday, March 28, 2022, at her home.

She worked at the Citizens State Bank after graduation from high school. After her children were grown, Harriet worked at the R-Way Furniture Co. and at the Sheboygan Clinic until her retirement.

Harriet and her husband enjoyed camping with the children for many years. They also enjoyed taking trips around the country and to Europe. She was a volunteer for the Sheboygan Christian School(s), she was a member of the Sewing Circle, sewing stuffed animals, and also was a frequent volunteer at the Good As New Shop in Cedar Grove. Harriet and Elmer were on the Parents’ Club Board of the Christian School. Together, they made apple pies for the school fundraiser. Harriet was an avid reader and enjoyed gardening, making puzzles, playing cards, and going out to eat with friends. She loved cheering on her favorite teams, which included the Brewers, Packers, and Badgers.

Harriet was preceded in death by her loving husband of 62 years, Elmer, who passed away in February of 2017; parents, Gerlof and Katie (Sommers) Tamminga; brother, Gary (Connie) Tamminga; parents-in-law, Danker and Cora (Gabrielse) Van Der Weele; son-in-law, Peter Rescorla; and many brothers-in-law and sisters-in-law.

Harriet’s service will be livestreamed and viewable at a later date from her obituary page at www.zimmerfuneralhome.com.

Following services, Harriet will be entombed next to Elmer at Greenlawn Memorial Park in Kohler, WI.

Memorials can be directed to the Sheboygan Christian School and the Good As New Store.

Harriet’s family would like to thank her healthcare teams for the wonderful care that they gave her – the staff at the Vince Lombardi Cancer Center, Dr. Manju Kanikunnel, and all of the team members with Aurora At-Home Hospice.
If you would like to leave a message of sympathy for Harriet’s family, please visit www.zimmerfuneralhome.com.

To order memorial trees or send flowers to the family in memory of Harriet Van Der Weele, please visit our flower store.