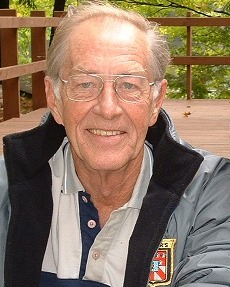 He was born on October 14, 1944, in Sheboygan to the late Henry and Leona (Henning) Mueller.  He graduated in 1962 from Howards Grove High School.  He continued his education at Lakeland College and attended Barber School in Madison.  He served his country in Vietnam in the United States Army.  Glenn was proud of his time playing semi-pro football on the Sheboygan Redwings.  On June 19th, 1982, Glenn married Darcy Gruenewald at St. Paul’s Evangelical Lutheran Church, where he was a member his entire life.  He was also a member of Howards Grove Rod and Gun Club.

Glenn was the proud owner of Pine Grove Lanes for over 50 years.  He enjoyed nothing more than joking around with his buddies, trading hunting adventures or eagerly awaiting to hear the latest and greatest story.  He loved working and making many memories with Darcy and their two daughters.  Overall, Glenn was an amazing listener and incredibly hard worker.

He enjoyed the outdoor whether it be hunting, fishing or playing softball and when inside he would bowl and shoot darts, or on occasion try his luck on the slots.  Glenn also liked cruising to different destinations with family and friends.  While home, he loved spending time with his dog(s) “Sporty” and family.  Glenn's family was extremely important to him and he will be deeply missed by all who knew him.

Along with his parents, Glenn was preceded in death by his brother Carl Mueller; nieces and nephew, Fay Mueller, Michelle (Tim) Ackley and Dean Mueller and a sister-in-law Teri Cook.

A Funeral Service and full military honors for Glenn will be held at 11:30 AM on Friday, November 18, 2022, at St. Paul’s Evangelical Lutheran Church, 441 Millersville Ave. in Howards Grove, with Pastor Adam Bode officiating.  Family will greet visitors on Friday, at church, from 8:30 AM until the time of the service.  Glenn will be laid to rest in St. Paul’s Evangelical Lutheran Cemetery.  For those who would like to attend the funeral service virtually can do so on Glenn’s obituary page on the funeral home’s website, www.zimmerfuneralhome.com

In lieu of flowers, a memorial fund has been established in Glenn’s name.

The family would like to thank all who have helped with Pine Grove during his various health battles.   They would also like to thank the staff of both Sharon S. Richardson Community Hospice and the Vince Lombardi Cancer Clinic for the excellent care given to Glenn.  Above all, they would like to thank everyone who took the time to reminisce with Glenn, those who catered to his sweet tooth and those who cared for his beloved Sporty.

To order memorial trees or send flowers to the family in memory of Glenn R. Mueller, please visit our flower store.