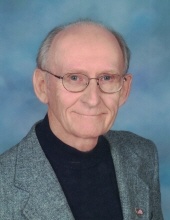 Glenn A. Baartz, of Sheboygan, passed away on Sunday, June 7, 2020, at The Waterford at Plymouth where he had been a resident of since May of 2019.

Glenn was employed at C. Reiss Coal Company and other various companies throughout his life. He enjoyed raising pigeons, gambling, and golfing. Glenn was a "people person" and loved conversating with anyone. He will be dearly missed by all who knew him.

He is survived by his daughter Janice (Ralph) Schmitt of Elkhart Lake and his son Michael Baartz of Sheboygan. His grandchildren are Kevin (Julie) Schmitt, Kelly (Mitchell) Gouss, Nicholas (Sarah Dardis) Baartz, and Kaysie (Joshua) Zaborowski; great-grandchildren, Hunter, Skyler, and Kendra Schmitt, Logan and Parker Gouss, and Maddox Zaborowski. He is also survived by his special friend Emmy Jelatz.

Glenn was preceded in death by his parents, wife Bernice, and a son Glenn R. Baartz.

Due to the current COVID-19 pandemic, a private family service for Glenn has taken place. He will be laid to rest in Lutheran Cemetery.

In lieu of flowers a memorial fund has been established in Glenn's name.

The family would like to extend a special thank you to both the staff at The Waterford at Plymouth and Sharon S. Richardson Community Hospice for their care, support and laughter.

Event Information
Services are private.
To order memorial trees or send flowers to the family in memory of Glenn Baartz, please visit our flower store.