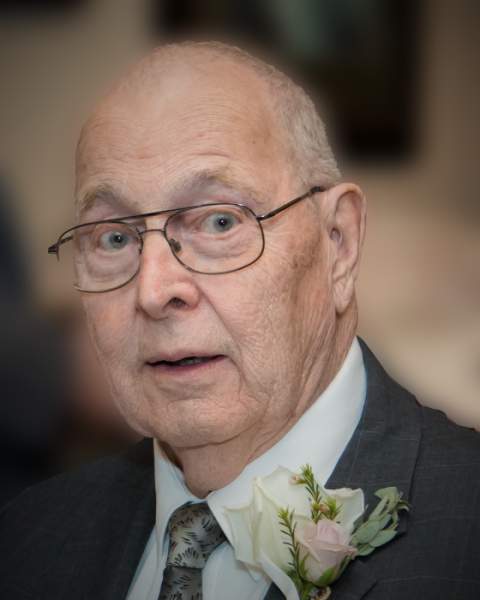 He was born in Green Bay Wisconsin, the youngest son of the late Joseph and Rose Simon.  He attended Green Bay schools and graduated in 1954 from Brussels High School.  In August of 1957, Gerald married Bernice Ann Johnson at St Francis Xavier Catholic Church in Brussels.

In 1971, Gerald joined the Kohler Company in the Central Crafts department and after retirement he was a Design Center tour guide and greeter until March of 2020.  At the age of 12, he began selling candy at the Green Bay Packers games and continued with the organization until his retirement as Director of Program Sales at the age of 85.  He was active in the community as a member of St. John’s Evangelist Catholic Church, Kohler Volunteer Fire Department, Kohler Police Athletic League, Sheboygan Elks and the Knights of Columbus.  He served on various committees for both the village and the church over the last 40+ years.

Gerald was preceded in death by his wife; brothers, Joseph Jr., Richard, Kenneth and Donald; his father and mother-in-law Milton and Sarah Johnson; sisters-in-law Janice and Rose Marie and brothers-in-law Norman, Milton and Robert.

A Funeral Mass for Jerry will be held at 11:00 AM on Friday, June 11, 2021, at St. John Evangelist Church, 600 Green Tree Rd, Kohler, Wisconsin with Fathers Joseph Dominic and Richard Fleischman co-celebrating.  The family will receive visitors at the church on Friday morning from 9:00 AM until the time of the service.  For those who wish to watch the mass virtually, you are welcome to do so on Gerald’s obituary page on our website, www.zimmerfuneralhome.com

In lieu of flowers, donations can be made in Jerry’s name to either Sharon S. Richardson Community Hospice or St. John the Evangelist Church.

The family would like to thank all the nurses and staff at the Vince Lombardi Cancer Center, Aurora Memorial Medical Center and the Sharon S. Richardson Community Hospice who showed care and compassion in the last 6 weeks.

To order memorial trees or send flowers to the family in memory of Gerald Simon, please visit our flower store.