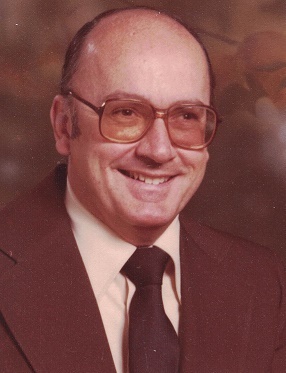 He was born in Plymouth on March 15, 1931, to the late Leo and Leona (Burkhardt) Gaynor.  Jerry grew up in Richland Center, WI, graduating from high school in 1949.  He attended Loras College in Dubuque, IA.  Following military service during the Korean War, Jerry graduated from UW-Lacrosse in 1954, majoring in education. In 1955 he married the former Rose Ognacevich.

Jerry taught at both Longfellow and Wilson Elementary Schools.  He completed graduate work towards a masters degree in curriculum and instruction.  Jerry also worked for the Sheboygan Recreation Department in various capacities and taught remedial classes in math and language arts.

A Private Family Mass with military honors will be held at a later date.  Jerry will be laid to rest next to Rose at Calvary Cemetery in Sheboygan.

Dad will be remembered as an excellent teacher giving in full measure for his students’ education.  He was a good father, leaving us with memories of family bike rides, popcorn night, brat frys at Evergreen Park and more.  He was proud of his children, grandchildren, and great-grandchildren.  Dad loved our mother all of their 65 years of marriage.  He heroically cared for her during their last years together.  Dad was a lifelong Catholic and proud of his Irish heritage.  He loved to tell a good story.

A memorial fund has been established for a scholarship in Jerry’s name.  Any memorials can be sent to Ballhorn Chapels, 1201 N 8th St. Sheboygan, WI 53081.

The family would like to thank the staff at both Countryside Manor and Sharon S. Richardson Community Hospice for the care and compassion shown to Jerry.

To order memorial trees or send flowers to the family in memory of Gerald Gaynor, please visit our flower store.