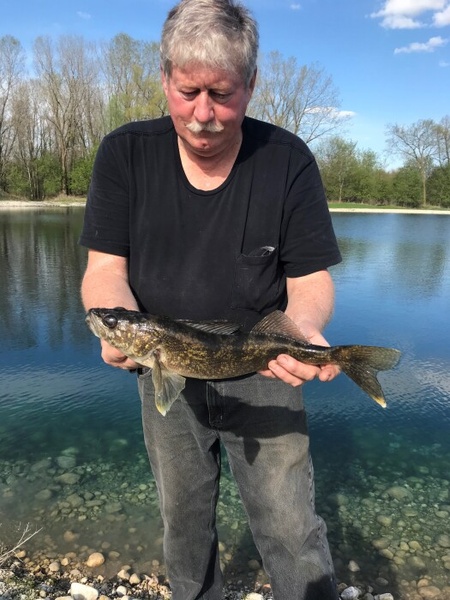 SHEBOYGAN, Wis. — On Tuesday, February 23, George Woodrow Wise Jr. passed away at his home in Sheboygan, Wis. of an apparent heart attack. George was born December 7, 1949 in Munising, MI to George W. Wise Sr. and Ann Pauline (Kolbus) Wise. He attended the old Ford River Mill School and St. Patrick Grade School in Escanaba from 1st through 8th grades. Holy Name High School for two years and graduated from Escanaba Senior High in 1968. Afterward attending a technical school in downstate Michigan. George relocated to Sheboygan, Wis. where he was employed by Kohler Company, retiring after 40 years in the motor division in Kohler, Wis. Growing up in Wells, he walked to the “dinky bridge” nearly every day to fish. He enjoyed hockey skating on the Escanaba River, watching stock car races at the Escanaba track, and spending time with old friends like Mike Frappier, Tom Kozar, Bill Collins, and Gary Thinglum. Even more than fishing, he loved anything with an engine which led him to become an avid race car fan. He attended every NASCAR race he could, and the races at Plymouth and Elkhart Lake, Wis. One of his special days, was with friends at the Texas Motor Speedway in Fort Worth, Texas, where he got to enjoy taking laps on the track. He attended every car show and swap meet possible as he loved to collect nostalgic items. His own vehicles were pristine, from his first camaro, his van, and his many trucks. In the winter, George would fly to Colorado to ski and meet up with his niece, Tina and her husband, Jason for good times. In the summer, you would see George with a brother, nephew, or niece out fishing on his boat on Little Bay De Noc. Occasionally, pictures of the trophy size catches would be sent to remind you what you missed out on. George loved Sheboygan brats and a good steak, especially if it was served by a pretty lady. He was an independent guy for the most part, but he loved to spend time with his best friends Gary Edler, Ray Gerstner, and Todd Patterson Families.

To order memorial trees or send flowers to the family in memory of George Wise Jr., please visit our flower store.