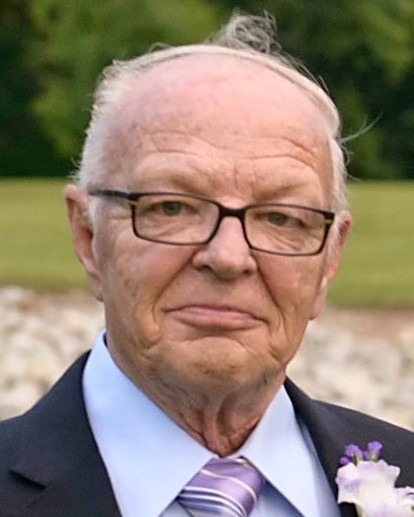 George Henry Conrad, 82, of Land O’ Lakes, WI and formerly of Sheboygan, passed away peacefully surrounded by family on Wednesday, May 5, 2021.

George was born on April 3, 1939, to George and Frieda (Ruppel) Conrad in Sheboygan, WI. He attended local schools and graduated from Sheboygan North High School in 1957. After graduation, George attended Whitewater University before enlisting in the United States Air Force. During his time in the Air Force, he was stationed in South Korea and the United States.  After completing his tour of duty, George met Helene “Lee” Guenther on a blind date set up by friends. George and Lee were married on May 4, 1963, and recently celebrated 58 years of marriage.

George worked for many years as an insurance agent for American Family Insurance before retiring in 1998. After his retirement, he and Lee moved up north to the family log cabin on Lake Eleanor in Land O’ Lakes, WI. Moving to the cabin provided the opportunity for many great family memories and new friendships that were cherished by George and Lee.

George was a very skilled wood carver and would spend hours using various tools to craft intricate and beautiful works of art. Many of his finest creations went to his grandchildren as Christmas ornaments. He loved golfing, playing cards, fishing, and sitting around the campfire. George was a member of Hope Lutheran Church in Land O’ Lakes.

George is preceded in death by his parents, George and Frieda; father-in-law and mother-in-law, Arthur and Helen (Daugird) Guenther; and sisters-in-law, Debra Raab and Jean Conrad.

A private Celebration of Life will be held at a later date in Land O’ Lakes, WI.

George’s family would like to extend a special thank you to Sharon S. Richardson Community Hospice – especially to Catherine for her loving support and care.

To order memorial trees or send flowers to the family in memory of George Conrad, please visit our flower store.

Family to do services at later date