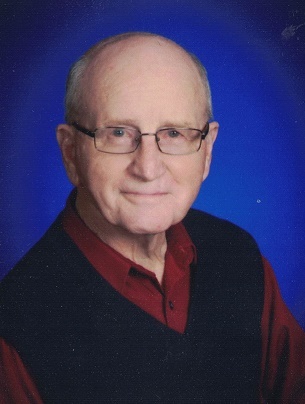 Gene Eckardt peacefully entered his eternal home at the age of 88 to reunite with his wife Myrtle.  He was born in the township of Rhine on October 8, 1932, the son of Alvin and Rhoda (Kuhn) Eckardt.  Gene attended Green Bay Road Elementary School in Herman township and graduated from Howards Grove High School in 1950.  He attended Mission House College (now Lakeland University) from 1950 to 1956.  College was interrupted by serving in the U.S. Army from 1953 until April 1955, serving 17 months in Germany.

Gene was employed as a bacteriologist at Fromm Veterinary Laboratory in Grafton, WI for 7 years and at Memorial Hospital in Sheboygan as a medical technologist and bacteriologist for 31 years, retiring from there in 1994.

Gene and Myrtle were active members of the People to People organization in Sheboygan through which they acquired many friends in Germany, Denmark, Sweden and Finland.

He enjoyed bike riding, bird watching (he was a member of Sheboygan County Audubon Society), fishing and most of all nature photography, especially taking pictures of God's beautiful creations.

Gene was preceded in death by his parents and his loving wife, Myrtle.

A Funeral Service for Gene will take place at 11:00 AM on Monday, August 9, 2021, at St. Paul's Ev. Lutheran Church, 441 Millersville Ave., in Howards Grove.  Family will greet visitors at church, on Monday from 10:00 AM until the time of the service.  Gene will be laid to rest next to Myrtle in the church cemetery.

In lieu of flowers, a memorial fund has been established in Gene's name at St. Paul's Ev. Lutheran Church in Howards Grove.

The family is deeply grateful to the staff and his many friends at Pine Haven Christian Community and the staff at Sharon S. Richardson Community Hospice for the care and kindness they extended to Gene.

To order memorial trees or send flowers to the family in memory of Gene Eckardt, please visit our flower store.