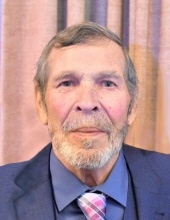 Frank C. Shircel Jr., age 70, of Sheboygan passed away on Wednesday, October 14, 2020, at his home after battling lung cancer.
He was born in Sheboygan on November 27, 1949, to the late Frank and Hazel (Dunn) Shircel. He attended local schools and graduated from South High School in 1969. Frank proudly served his country in the United States Army from 1969 until 1971, when he was honorably discharged. On March 30, 1985, Frank married Tammy Becker in Sheboygan. She preceded him in death on June 23, 2015. Frank was employed as a Heavy Equipment Operator within the City of Sheboygan until his retirement in 2010.
Frank enjoyed anything to do with the outdoors, fishing, camping, or just sitting in front of a bonfire. He was a handy man and would always be willing to lend a hand for any home projects that needed to be done. He will be deeply missed by all who knew him.
Frank is survived by a son Erik (Gloria Stubitsch) Shircel; a daughter Jenna (Logan) Everson; grandson Dexter Everson; siblings, Gene (Sue) Shircel, Vincent (Kathy) Shircel, Kevin Shircel, Colleen (Bob) Smith, and Blanche Paul; nieces, nephews, other family and friends further survive.
Along with his parents and wife, Tammy, Frank was preceded in death by a brother Larry Shircel.
A private graveside with military honors for Frank will be held at Immaculate Conception Cemetery.
In lieu of flowers, donations in Frank's name can be made to Sharon S. Richardson Community Hospice.
The family would like to personally thank the entire staff at Vince Lombardi Cancer Clinic, Sharon S. Richardson Community Hospice, and the Milwaukee VA Medical Center for all the care and support given to Frank.