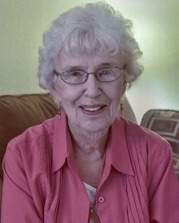 Florence A. Jetzer, 94, of Sheboygan, formerly of Howards Grove and the Jetzer Lake area, passed away peacefully with her family by her side, on Thursday, November 10, 2022, at Terrace Place Assisted Living in Sheboygan.   She was born November 7, 1928 in the Town of Mosel to the late Carl and Leona (Herr) Wagner.  Florence attended St. Fidelis School in Spring Valley.  On May 22, 1954, she was united in marriage to Wilfred “Willie” Jetzer at St. Fidelis Catholic Church in the Town of Meeme.  Together Florence and Wilfred celebrated 56 years of marriage, before he preceded her in death on November 5, 2010.

For 14 years, Willie and Florence ran their family farm.  Along with working beside Willie, Florence raised their five children, and in 1974 she went to work for Lakeland (College) University and retired after 18 years in 1991.

Florence had a passion for helping others. She volunteered at the St. Vincent de Paul Thrift Store in Sheboygan, the Sheboygan Food Pantry, the Red Cross, and was a 15-gallon blood donor.  She was also active with the Franklin American Legion Auxiliary and Cleveland VFW Auxiliary.

Family and friends were very important to Florence.  She enjoyed baking for them and hosting memorable family gatherings. Playing cards in different card clubs over the years was a favorite past time. She was an avid reader and enjoyed cleaning not only her home, but homes of others as well.  Oh, and our mom loved her Milwaukee Brewers! If you asked her children what was something they remember Mom saying, their response was “If you pick it up and use it, put it back where you found it” and “No fighting, be nice.” She truly loved her family and creating so many lasting and cherished memories with them.  She asked to be remembered as someone who valued honesty, treated others with respect, and was a caring and kind person who would do anything for anybody.

A Mass of Christian Burial will be held on Tuesday, November 22, 2022, at 1:00 PM at St. Dominic Catholic Church, 2133 N. 22nd St., Sheboygan, with Fr. Mark Brandl and Fr. Phil Reifenberg as co-officiants.  Private entombment will take place at Greenlawn Memorial Park in the Garden of Peace Mausoleum. Relatives and friends may visit with the family on Tuesday, November 22, 2022 from 11:00 AM until the time of Mass at the CHURCH.  If you are unable to join the family for the service, it will be recorded and can be viewed on Florence’s obituary page on the funeral home website later that afternoon.

In lieu of flowers, a memorial fund will be established in Florence’s name and distributed among her favorite charities.

The family would like to thank the staff at Terrace Place, and Sharon S. Richardson Community Hospice for all the care, compassion and support they gave to Florence and her family.

To order memorial trees or send flowers to the family in memory of Florence A. Jetzer, please visit our flower store.