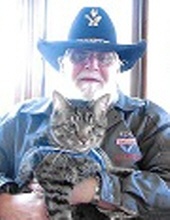 Ernest "Ernie" R. Evraets, 72, of Sheboygan, passed away on Friday, October 2, 2020 at Sharon Richardson Community Hospice in Sheboygan Falls. He was born November 1, 1947 in Green Bay to Reginald D. and Margie M. (Dessart) Evraets. Ernie attended Green Bay Schools and graduated from Preble Green Bay High School with the Class of 1972.
On November 1, 1992, he was united in marriage to Gloria Willard Muszynski in Sheboygan.
Ernie worked for the Kohler Company in the Engine Plant for 23 years.
An avid Green Bay Packer fan, Ernie had the privilege of working the Ice Bowl. For many years he enjoyed shooting darts at Four of a Kind and working flea markets with Gloria.
Ernie is survived by his wife of 27 years Gloria, two daughters May (Jose) Flores and Kim (Kevin) Dietz, three grandchildren; Gwydian and Zandar Garcia and Thomas (Jasmine Poeske) Roethel , two great-grandchildren, Cosmo and Oberon Roethel, two brothers; Wayne (Alice) Evraets of Green Valley and Dale (Suzy) Evraets of Union Grove, KY, a brother-in-law and a sister-in-law. Ernie is further survived by nieces, nephews, other relatives and friends and his four estranged children; Paul Evraets(King), Matthew Evraets(King), Mark Evraets(King), and Molly Evraets(King). He was preceded in death by his parents and a sister-in-law.
A Celebration of Ernie's Life will be held in the Spring of 2021.
In lieu of flowers a memorial fund will be established in Ernie's name.
The family would like to thank the IPU staff of Sharon Richardson's Community Hospice for their care, compassion and support.

To order memorial trees or send flowers to the family in memory of Ernest Evraets, please visit our flower store.